Bitcoin is testing the patience of the Investors. How?

King coin has taken a serious hit after the Merge, registering huge losses in the crypto ecosystem. Now it seems Bitcoin is testing the patience of investors. 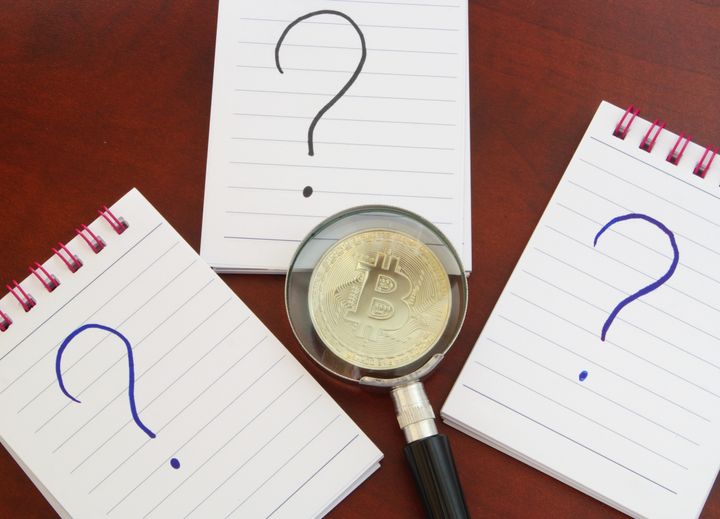 For more than a few weeks, Bitcoin has been trapped in the $19,000-$24,000 price range. Only a few times since June has it left this range. The price of Bitcoin has fluctuated within such a small range, then seen significant volatility and directional price swings. The cryptocurrency may now be near the end of the same range if the same pattern holds for the current range.

We will explore how Bitcoin is testing the patience of its long-term and short-term holders with constant price falls. But, first, let’s delve into the current market situation of the flagship currency.

Data from CoinGecko suggests that Bitcoin is exchanging hands at the $19k price level with losses of over 1% in the last 24 hours. In the negative price mood, the present bear market cycle is exceptional. The leading cryptocurrency, Bitcoin, has been on a free slide since January 2021 after hitting a peak of $69,000 last year. Long-term investors had a maximum unrealized loss of 75% from the all-time high because BTC fell as low as $17,000 in the middle of the year. The net unrealized profit or loss (NUPL) is a crucial indicator of the overall effective worth of all BTC assets. 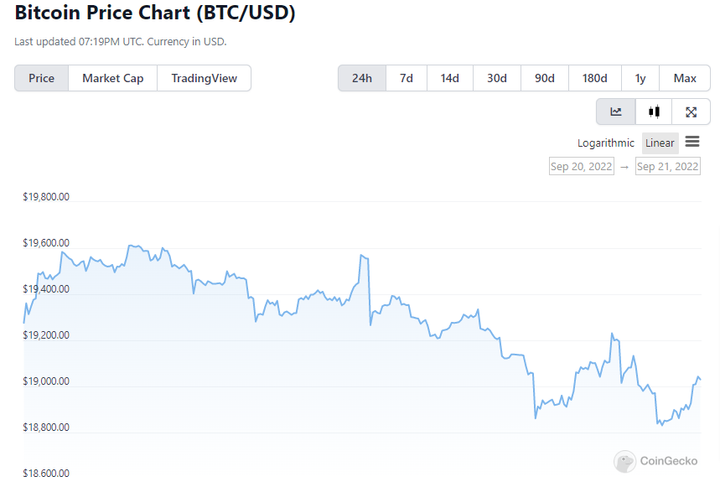 Let’s look at the fundamental factors which are forcing investors to sell their holdings and quit the support of the king of the crypto market.

According to Greatest Trader, a CryptoQuant analyst, there may have been dumping pressure from long-term holders of Bitcoin [BTC]. This opinion might not come as a surprise given that BTC lost its investors money after dropping from $22,000 on September 13th. The king currency has not recovered since, and for the past few days, it has been trading below $20,000 on the market.

The expert claimed that this take was brought on by the trend of the market at the time. He noted that a handful of long-term holders recently exchanged a large portion of their shares.

This unusual action indicated intense selling pressure on the part of the holders. The exchange influx CDD revealed that the analyst brought up several important aspects. According to CryptoQuant, the exchange inflow CDD was 97,770.62 as of September 18th. At the time of publication, it had noticeably risen to 1,495,425.57, suggesting that long-term investors would lose patience. 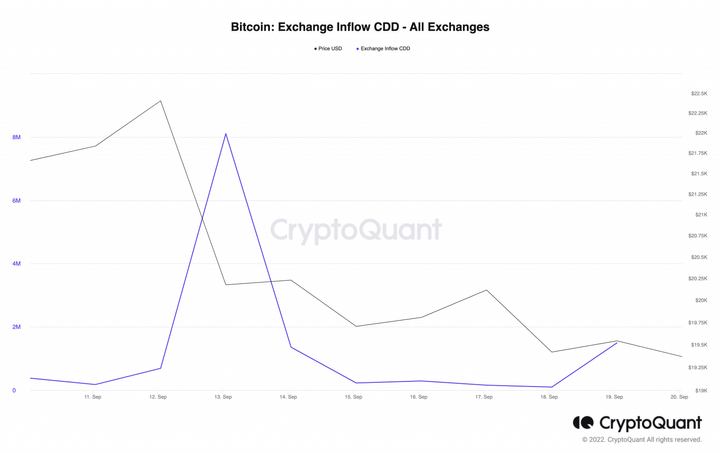 Additionally, prior predictions of Bitcoin's strength may already be obsolete. Some analysts, including the one already mentioned, also believed that prices could decline. BaroVirtual, another CryptoQuant researcher, pointed out that recent institutional investors' inactivity may potentially push BTC lower. According to BaroVirtual, the decline in Grayscale Bitcoin Trust's (GBTC) fund market volume may suggest that BTC cannot climb parabolically.

Analyzing the GBTC fund market volume, CryptoQuant data revealed that there was no indication that things would get better. The most recent substantial increase occurred on June 23 when the volume increased to 31,277,925.39. Since then, it has had some stagnation and a drop, and as of the writing of this article, it was 4,125,627.

Let’s look at the technical side to predict the next trajectory of the crypto asset.

The asset is moving in a falling triangle, as seen on the BTC 4H chart. Although the descending triangle is a bearish pattern, a strong rally could occur at its end. The chart includes several labeled support and resistance levels.

The short-term data call for caution even as the long-term metrics show that BTC is near the bottom of its current range. A rise in leveraged long bets may result from traders becoming over-excited in large numbers. Such a result could precipitate a sudden large sell-off that would result in protracted liquidations and further decline.

Given the current market situation, expecting a price rally from the BTC is a big mistake. We might see a pullback from the current stage, but things will take time to sort out for the flagship currency. DYOR!!!