Bitcoin Price Plunges to below $20k. Is a Bearish Cycle Back?

Bitcoin’s price has plunged to below $20k due to an increasing sell off and FUD in the market. August 15 was the day when traders gave a sigh of relief when the flagship currency crossed the $25k mark. What does this recent nosedive suggest? 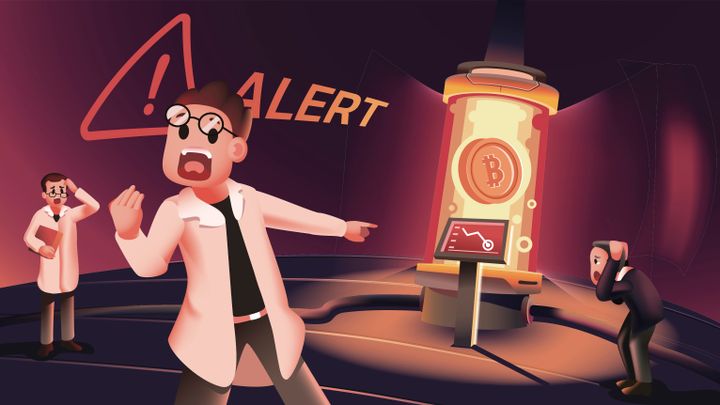 We will examine the fundamentals and then the technical side of what’s happening with Bitcoin in the market.

The crypto market hasn’t been looking good for the Bitcoin and crypto bulls. BTC was unable to hold the major psychological support of $20k. According to data from CoinMarketCap, the price of Bitcoin has plunged more than 3% in the last 24 hours. The bull and the bear of the market are in a tug of war. Bulls are trying to maintain the price of the asset $20k, but a major selling presser in the market is pulling the prices down.

The whole market is following the crypto leader and painting the red outlook of the market. I believe this bearish trend is the result of a rumor in the market. Let’s look at that rumor in detail.

The price of digital assets doesn’t always follow technical analyses or historical data. Fundamental news plays a huge role. An unconfirmed rumor started in the market which claimed that Mt. Gox was releasing funds of 1,37,000 to creditors on August 28.

At the time of writing, there were many different claims. Some people thought that a tranche of 137,000 BTC was going to be released all at once. Others said that payments would start this weekend even though money would be distributed in bits and pieces.

A moment of agreement was reached when it was claimed that creditors wanted to sell BTC that was owing to them; this had been out of reach since 2014, when BTC/USD traded for less than $500. They worried that the unrealized 40X returns would tempt creditors to act as willing holders. But the reality is that creditors will be paid a portion of the whole debt by the end of this August. 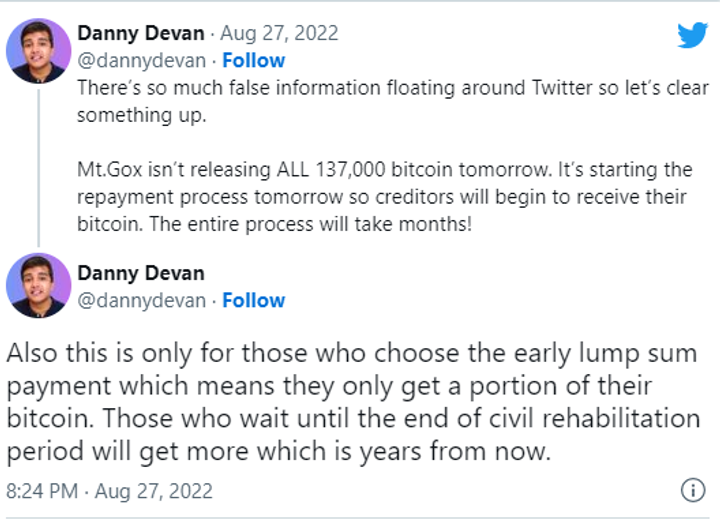 The officials of the exchange haven’t said anything about this debt payment. Strangely, though, the rumor seems to have worked and caused the price to break below the major support of $20k. Some people are even predicting another long bearish cycle in the crypto market.

How are People Reacting?

The whole crypto market is in panic because of this erratic behavior of the BTC. Most investers fear that the bearish cycle might continue again, with ugly results for them. Data from the Crypto Quant suggests that long-term holders of Bitcoin are selling the asset due to a long bearish cycle.

The long term holders who invested in BTC when it was new to many are still in great profits compared to short term holders. This fear in the market could prompt more major sell offs. Let’s consider the  technical side of this whole drama.

BTC continues to confirm the bearish trend that started in January 2022.  We now have confirmation of reaction to the 200-day exponential moving average, a reaction from the descending trend line from this cycle ATH, and as we have seen for some time the downward momentum shows no sign of stopping any time soon.

In the second scenario, even more painful for the asset,  BTC breaks below and drops to the support around $19,200. If that happens, we might enter into an official bearish cycle for months to come. As you can see in the graph, BTC has two major supports around $19,234 and $17,600. If the asset breaks above the channel, it might face strong resistance above the $24k price mark.

The Bitcoin price has plunged below $20k, but it might not be the official start of another bearish cycle for the asset. This whole week is extremely important for the asset. However, you must consider that if any big fundamental news comes, the market look can shift entirely. Do your own research – This article is not financial advice.