Bitcoin Traders Should be Bullish on the Asset. Here’s why.

Bitcoin traders in the crypto ecosystem should be bullish on the asset. Several technical and on-chain indicators show that the asset is ready to accumulate. 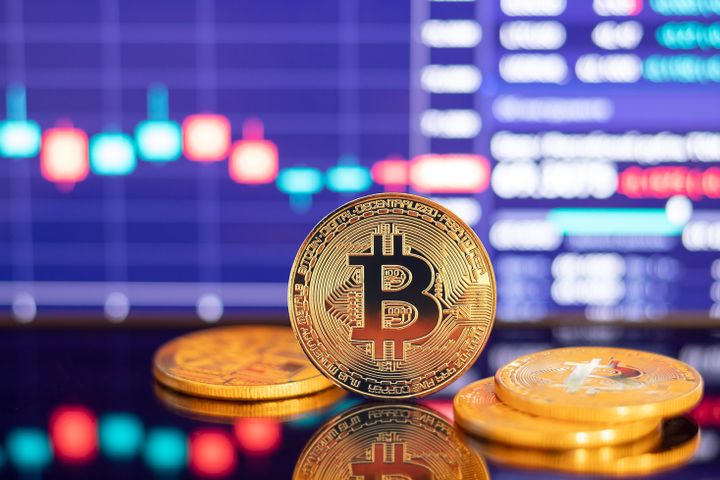 The price of Bitcoin (BTC) has been in a rut, and it is expected to continue moving downward. But as I pointed out last week, the ideal moment to buy Bitcoin is typically when nobody is talking about it.

The price fell below $19,000 on Sept. 6, and right now BTC bulls are having a hard time turning $19,000 to $20,000 back to support. Jerome Powell, the chairman of the Federal Reserve, recently reaffirmed the Fed's commitment to fighting inflation "until the job is done," and market analysts have raised their estimates for future interest rate increases from 0.50 basis points to 0.75.

In essence, interest rate increases and quantitative tightening are intended to stifle consumer demand, which will eventually result in a drop in the price of goods and services, but we haven't reached that point yet. Given the close link between the price of equities and Bitcoin, a further decline in BTC price is most likely to result from additional rate hikes and QT. In terms of price action and immediate rewards, Bitcoin does not yet have a compelling investment thesis. But what about investors with a longer time horizon?

Let's quickly go over three charts that indicate investors ought to purchase Bitcoin.

The price of Bitcoin has decreased 72% since reaching an all-time high of $69,000. BTC's price experienced 55% corrections in the previous bear markets (July 21), 71% drops by March 2020, and 84% corrections in December 2018. Even though painful to experience, the current 72% correction is not unusual when compared to other drawdowns from all-time highs. 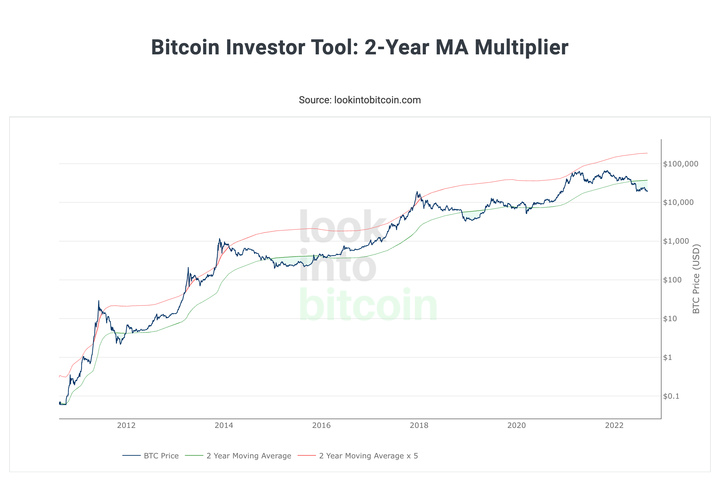 By comparing this drawdown data against the 2-year MA multiplier, we can see that the price fell below the 2-year moving average, carved out a trough, and then consolidated for several months before continuing the 12-year uptrend.

The golden ratio multiplier is a fascinating moving average and a Fibonacci sequence-based indicator that shows Bitcoin's price is undervalued. To understand how the price might act throughout a medium to long time horizon, the graphic investigates the adoption curve and market cycles for Bitcoin. It does this by using multiples of the 350-day moving average (350 DMA) of the price of Bitcoin to pinpoint probable locations of price resistance. 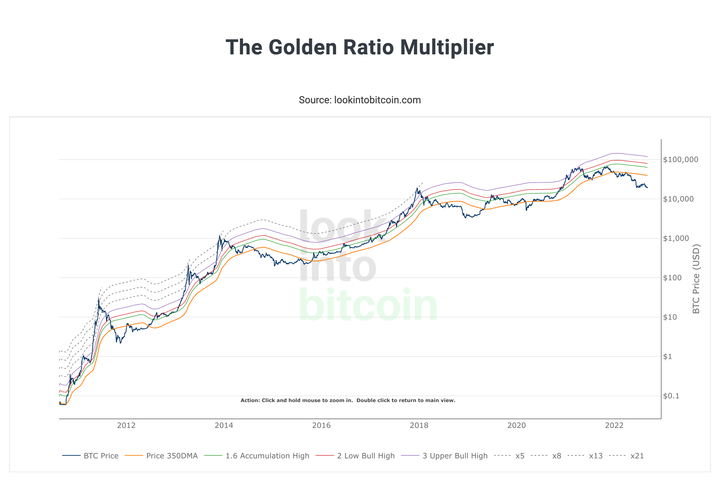 Currently, the price of BTC is close to the 2-year MA multiplier and below the 350DMA. Building a Bitcoin investment wisely has been shown to entail dollar-cost-averaging into extreme lows.

The asset is almost oversold, according to an analysis of Bitcoin's one-week relative strength index (RSI). It is evident by comparing the weekly RSI to the candlestick chart for Bitcoin that stockpiling during oversold times is also a successful strategy. 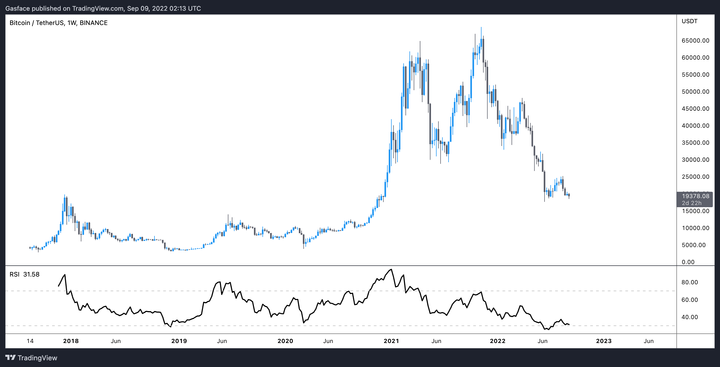 The MVRV, an on-chain indicator, has had its lowest score since 2015. The indicator is essentially a comparison between the market capitalization of BTC and its realized capitalization – to put it another way, the price people paid for BTC about its current worth. 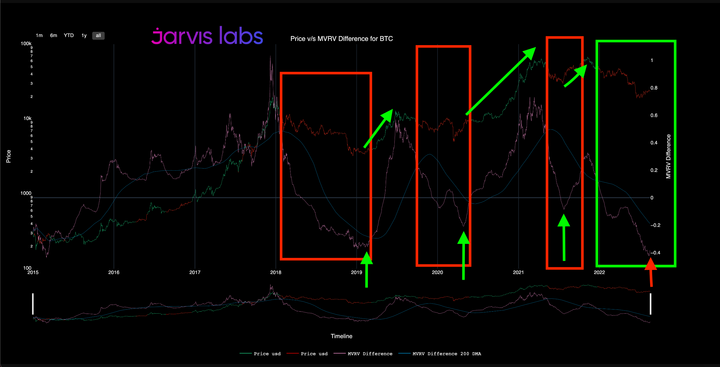 The MVRV Z-score sheds light on when Bitcoin is overpriced and undervalued in comparison to its just price. Glassnode, an analytics company, states that "when the market value is much greater than realized value, it has historically signaled a market top, whereas the inverse has suggested market bottoms, green zone."

Looking at the chart and comparing it to the price of BTC, we can see that the current -0.16 MVRV score is in the same ballpark as prior multi-year and cycle bottoms. According to a strict reading of the data, Bitcoin is currently in the midst of a bottoming process and may be starting to accumulate.

The cryptocurrency market is in poor form, and it doesn't appear that this will change anytime soon. However, most traders are unable to predict market bottoms. Investors should therefore seek convergence of several measurements and indicators that support their theory. Indicators from technical analysis and the majority of Bitcoin's on-chain measures currently point to reasonable dollar cost averaging. Management of risks is crucial. You won't have to worry about losing your shirt if you don't invest more money than you can afford to lose.