Bitcoin vs Ethereum: Which is the better investment?

Bitcoin vs Ethereum: if you had to keep one of these assets in your portfolio for the long term, which one would it be? Let’s discuss each coin’s fundamentals. 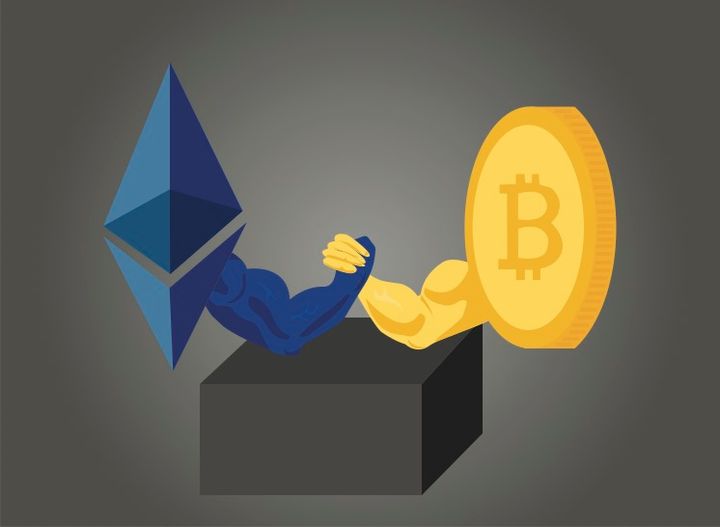 Bitcoin is the first cryptographic digital pair-to-peer electronic cash system on the Internet. A trustless payment system, it eliminates the need for an intermediary like a bank to perform the transactions. Bitcoin uses blockchain technology to securely send and receive digital currency that holds value. Bitcoin recorded its first transaction in 2010 and since then its value has increased 216% – the best return from any investment in the last decade.

Bitcoin has a dominance of over 42%:  out of all the money invested in cryptocurrencies, 42% is invested in Bitcoin and the rest in altcoins. 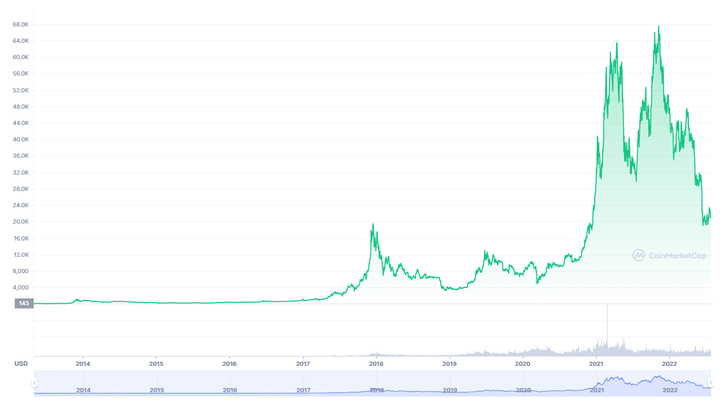 Bitcoin like all other crypto coins is bleeding red and it is trading near the cycle’s low. Bitcoin gets the most attention from investors when it comes to adoption. Countries like El Salvador have adopted Bitcoin at the state level. MicroStrategy keeps most of its investments in Bitcoins as it holds 125,051 as of January 2022. Tesla, the electric vehicle company, also holds Bitcoins, as do many other companies. Keeping their investments in Bitcoin benefits these companies as the price of their shares appreciates as the price of Bitcoin goes up.

Ethereum was launched in 2015 and since then it has gained 115,000%. While Bitcoin is the king of cryptocurrencies, Ethereum is the prince, as it has a market dominance of 18%. Just like Bitcoin, Ethereum works on a proof of work algorithm. Since Bitcoin is open source, people started experimenting with the blockchain to make other blockchain products like DeFi and DApps that are decentralized in nature. Ethereum Virtual Machine (EVM) helps developers to use its virtual decentralized compilers to run and test their smart contracts on nodes. EVM is a very efficient tool helping build many projects on Ethereum. 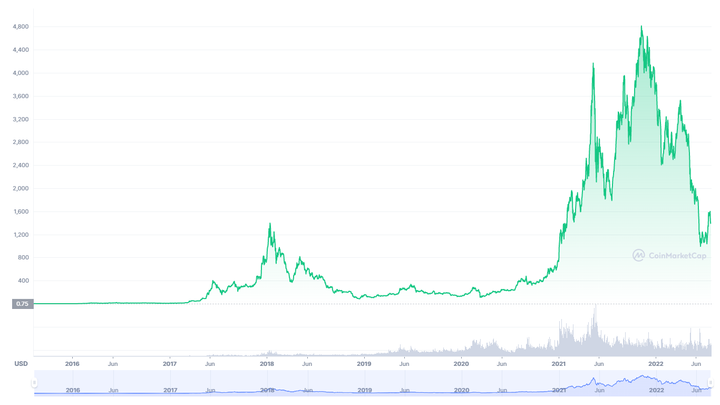 Bitcoin has a transaction speed of 5 transactions per second while Ethereum pushes its speed to 15 transactions per second. Also, there will be a maximum of 21 million Bitcoins but there’s no upper limit to the Ethereum supply. The unlimited supply of Ethereum was pushing the price of the asset really low; therefore , Ethereum 2.0 was launched through a hard fork (update). Ethereum 2.0 works on a hybrid model using both PoW and PoS. Therefore, it is more secure and faster now. The update also dedicated a supply that is burned with each Ethereum transaction.

Burning a part of the Ethereum supply is limiting the circulating Ethereum coins so the price rises more with the same market cap.

Bitcoin has decisive and deriving power for the entire crypto market. When major companies decide to invest, their first pick is Bitcoin, so it takes a major chunk of the overall crypto space. Bitcoin was meant for storing value,  but this is what every other coin is doing. The coin has had very intriguing ROIs every year since its launch. 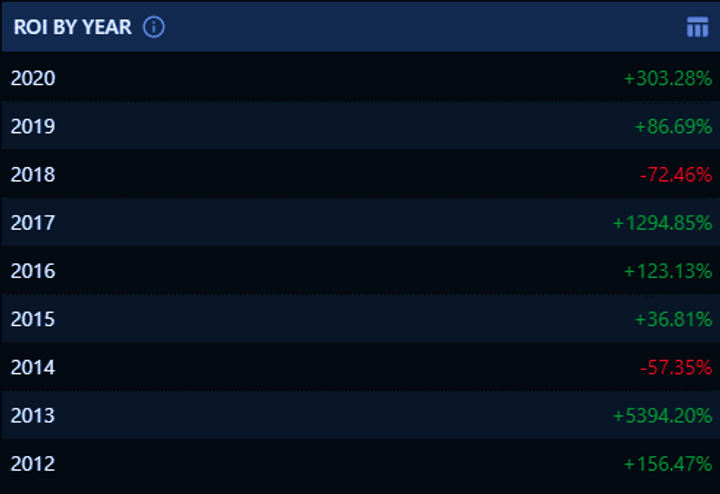 Ethereum offers developers the most efficient development infrastructure. With its 2.0 EIP update, Ethereum has now become the most promising project in crypto space. It has increased TPS and since it’s shifting to the Proof of Stake model, its carbon footprint is minimized. 2017 saw a huge ROI for both Bitcoin and Ethereum, but Ethereum took the lead.

The bottom line is that Ethereum is a better investment than Bitcoin because of its development tools and its flexibility to shift its nature to PoS. Though a lot of Ethereum gets burned every week, the soft cap supply is still a major concern for it. Bitcoin’s 21 million limit creates a kind of scarcity that becomes a factor in the price of Bitcoin for the foreseeable future. In fact, a perfect portfolio is one that includes both Bitcoin and Ethereum.