BTC Price Might See a Short Bullish Trend. Here’s Why

BTC price may see a short-term bullish trend after a continuous fall for a couple of days. The flagship currency of the crypto market started this week with a bearish outlook, but this is about to change. 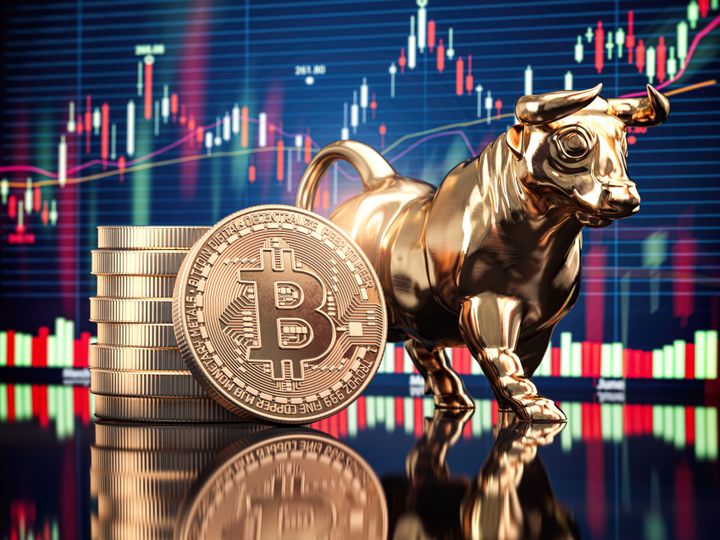 After losing the psychological support of the $20k price level, Bitcoin has been struggling to get a bullish outlook. Let’s explore why we might see a short-term bullish trend in the BTC price. First, we will look at the current scenario of the market.

Bitcoin price is exchanging hands around the $19k price level with a little change from yesterday’s price. Data from CoinMarketCap and CoinGecko shows that asset has lost more than 2% over the last seven days. The price of the asset is more than 70% down from its all-time high ten months ago. As we saw in the previous analysis, the BTC price is trading between major support and trying to break the resistance level above $19k. 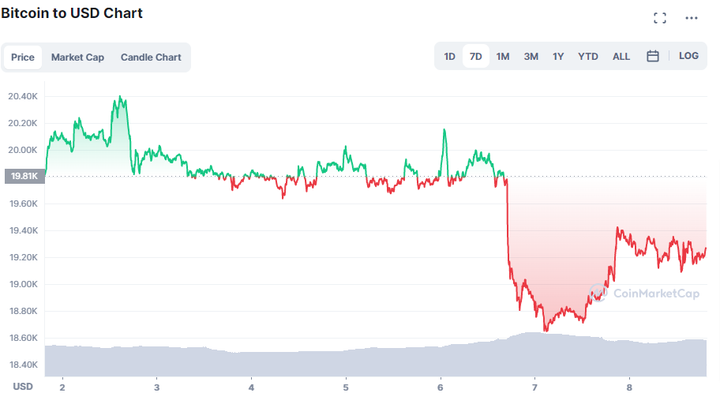 After a very negative week, the Bitcoin [BTC] tide is now turning once more. This time, it appears that we may just see a small relief rally. This is especially true now that whale populations have recovered following a significant drop.

Despite the accumulation of whales, the Bitcoin ecosystem is facing many external factors which can favor the bullish price. Let’s look at all these external factors and fundamental analysis.

An analyst for CryptoQuant using the alias maartunn claims that BTC whale activity has surged over the past two days. Increased BTC transfers from all exchanges to the flow mean of derivatives exchanges are noted in the analysis. Based on his analysis, a greater or rising number indicates that more whales are making deposits on derivatives exchanges.

A rise in buy pressure and a consequent price pump is unavoidably caused by whale buildup. This could account for BTC's midweek recovery from its low point of $18,510 on September 7 to $19,285 in the market. Both of them fit with the support levels from July.

Other elements contribute to BTC's present uptrend. For instance, after momentarily being oversold, the dollar index has seen a substantial decline during the past 24 hours. The dollar has become a popular fallback for investors after a collapse in the commodities markets. Thus, when the dollar index startsto show indications of weakening, traders are forced to start using their cash holdings. 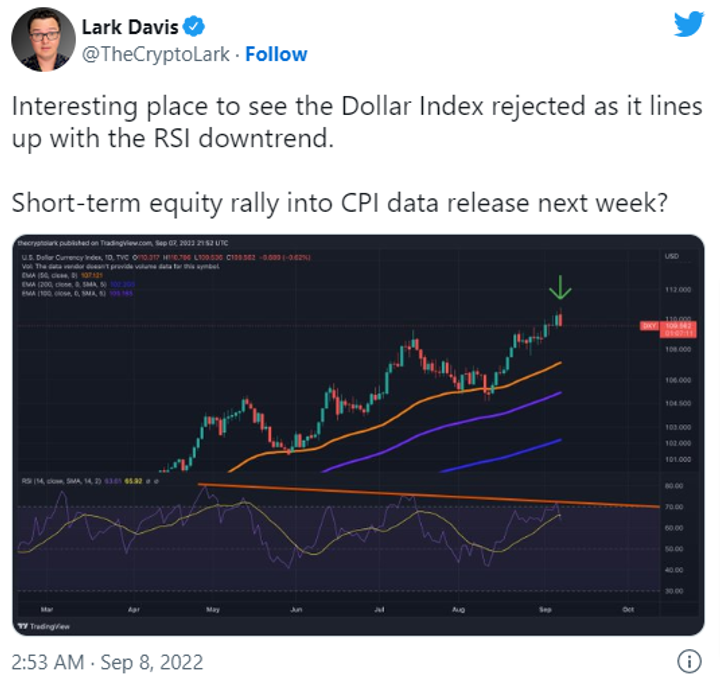 Unsurprisingly, BTC's modest recovery follows a brief plunge into oversold territory. Thus, it seems to sense that a liquidity flow from USD to BTC is coming. On-chain activity is more dominated by inflows than by outflows. There will be a net-positive demand starting on September 4 because receiving addresses now outnumber transmitting addresses. 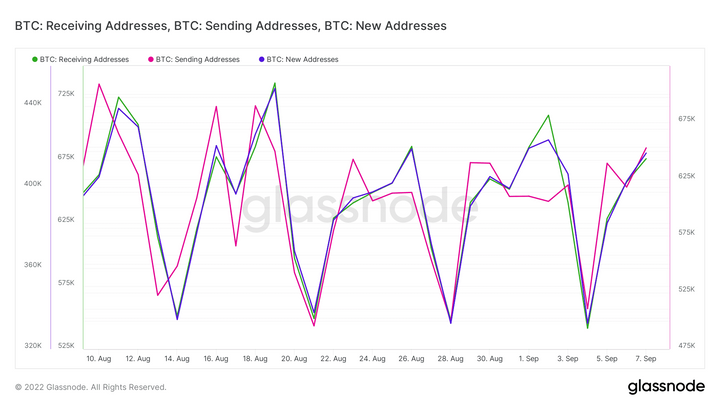 Let’s look at the technical analysis of the BTC to predict what can happen in the coming days.

What Will Happen Next?

The price of the BTC is moving in the same area which we highlighted in the previous price analysis. The sum of these elements demonstrates that there is a present demand surge for BTC. This does not, however, ensure that the short-term bearish trend will end. Concerns over inflation and broader economic prospects were the cause of the market's current bearish trends.

On the other hand, the long-term picture remains optimistic. Smart analysts, like Dan Morehead of Panthera Capital, are reinforcing the bullish thesis for the BTC.  In a recent interview with Bloomberg, Morehead mentioned that the next phase of Bitcoin's climb has already begun. Additionally, he anticipates some turbulence at first, so traders should prepare for some pullbacks on the ascent.

Morehead's assessment of the macro prognosis for BTC is consistent with what most analysts anticipate. However, investors should be aware that black swan events frequently occur in the cryptocurrency market. Investors should therefore expect the possibility of a new, severe crash and make preparations for it. The probability of breaking in any direction, up or down, will cause a little fluctuation. If it breaks down, it will go down to 18400, and if it goes up, the market fluctuations will reach a minimum until 20100.