Can Litecoin still manage its bullish stance in the crypto ecosystem?

Litecoin is performing very well with 20% gains over the last five days. Can Litecoin continue its bullish stance or not? 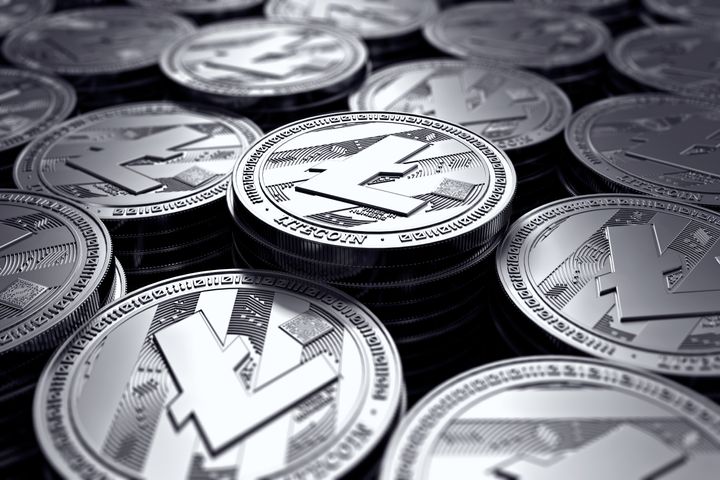 In order to test the resistance barrier in the $62-$64 zone, Litecoin [LTC] has recently recovered from the $52 baseline. The recovery raised hopes for immediate buying. The resistance range, however, has thwarted the bullish endeavors for the past three months and stopped the run of green candles.

On its daily chart, the alternative currency recorded a reversal pattern. A persistent rejection of higher prices around the $$62–$64 region has the potential to cause a short-term retreat. LTC's price on the charts at the time of publication was $62.88.

Let’s analyze the current situation of the market to understand what can happen in the coming few days.

The 22nd ranked crypto asset in the crypto market is showing strong recovery signs from the recent crash. The LTC managed 5 days of price gains. Currently, the asset is trading above $62 with a 1% decline in its price and testing the key support. Data from CoinMarketCap shows that the asset has already lost more than 20% of its 24 hours trading volume. This tug of war between bulls and bears continues and no one knows which side will prevail. 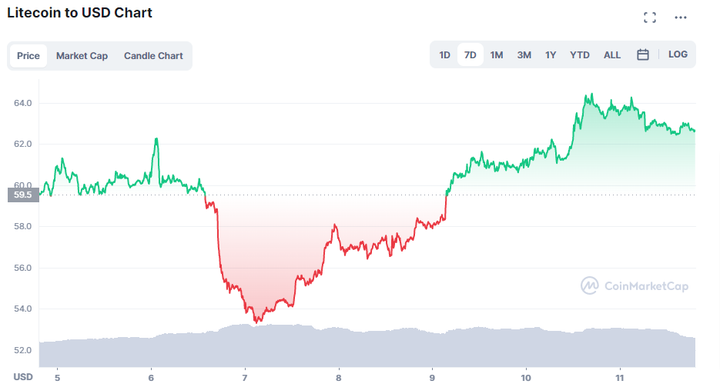 LTC is on the rise, supported by the emergence of a rising parallel channel pattern that touched the important resistance level at $66. For the previous few months, the main resistance zone has been a significant barrier to LTC's bullish expansion, indicating a price reversal. However, there are still forks in the road even if the LTC price can pass past the resistance zone.

What’s happening in the 1D chart?

The buying revival in LTC drove sharply higher highs and marginally higher troughs. During this period, this trajectory began to resemble an ascending, widening wedge. Given that it consistently shows a downward breakout, this pattern appears somewhat negative. LTC experienced a strong 20% increase from the pattern's lower border before reversal indicators emerged from the $64 area. The coin closed above its 20 EMA (red) and 50 EMA thanks to these gains (cyan).

Even though these EMAs had a bullish crossover, they may provide rebounding characteristics for a potential pullback.

A loss below the $62 level may aid sellers in causing a pullback towards the $58.6 level, which is close to the 20 EMA at press time. Any closure beneath this support could put the alternative at risk of a protracted drop. LTC may move towards the $53 area in this scenario before the bulls intervene to increase the buying pressure. Any increase above $64 would validate a bearish invalidation and imply buying signs.

Although it showed a growing purchasing edge, the Relative Strength Index (RSI) plateaued near the resistance of 60. For more than five months, the bulls have fought to find a reliable closing above this level. To confirm the invalidation of the bearish view, buyers should watch for a violation of this level.

The lower peaks of the Volume Oscillator (VO) revealed a rather bearish divergence, nevertheless. The preceding bull run's weakness was predicted by this reading. However, the altcoin's directional trend [ADX] was still unable to strengthen its precarious position.

Given the strength of the $62-$64 resistance zone and the reversal pattern, LTC may experience a reduction in the buying pressure that has recently been reignited.

Even at the $58-zone, the bullish crossover of the 20/50 EMA maintained optimism for long-term recovery. The goals would stay the same as previously discussed. Finally, the 30-day correlation