Chainlink is moving against the Crypto Giants. Here’s why:

Chainlink is one of the few projects which have earned a reputation by using its product. The asset has detached itself from the influence of assets like BCT, ETH, etc. Chainlink is moving in the opposite direction of crypto giants in the market.

We will explore how Chainlink is continuously working on making its ecosystem better with new products. The products of Chainlink are the main reason behind this bullish rally in a situation where the whole market is nose-diving. Let’s look at the current situation of the Chainlink ecosystem to predict the next move.

With a continuous bullish stance in the bearish market, LINK is showing how to handle the market pressure. The 23rd-ranked crypto asset in the crypto market is trading above the $7.5 price mark and had a gain of over 4% in a day. The asset has been maintaining its bullish stance for almost two weeks now. With multiple products in the crypto market, the asset is offering a huge ROI for the users. Data from CoinGecko reveals the asset has gained more than 10% over the last week and also has attracted almost 20% in its daily trading volume. 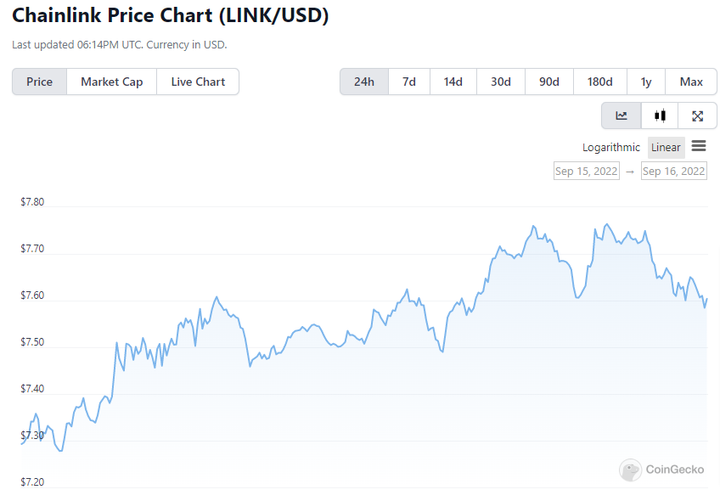 Chainlink has developed a solid reputation because of the value it adds to projects. The company has established confidence through openness in addition to the extensive utility provided by its Price Feeds, Verifiable Random Function (VRF), and other products. Chainlink regularly publishes community updates that describe the project's progress and accomplishments since the previous update.

Let’s look at the fundamental analysis and its role in these recent price gains.

Chainlink recently asserted that it is the industry standard for on-chain climate data in a statement released on September 15. Could LINK's price soar further in the future given that it has increased by 4% over the past 24 hours?

By delivering information on greenhouse gas emissions on-chain through Chainlink's decentralized oracle networks, Chainlink has taken an active role in assisting Web3 enterprises in reducing their detrimental impact on climate change. Additionally, the business has been assisting other businesses with direct air capture reforestation knowledge and carbon credit initiatives. 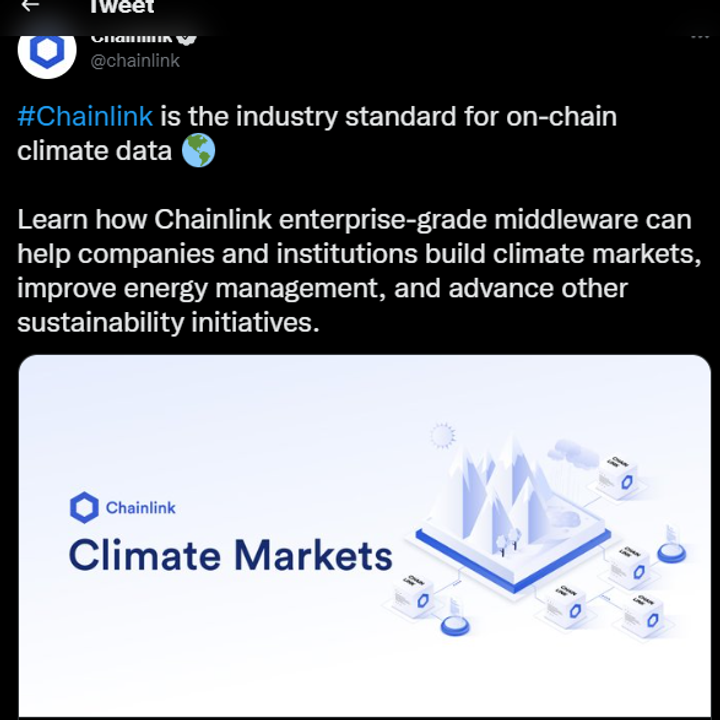 Furthermore, in the past week, Chainlink's circulating market cap has grown by 5.19%. The NFT market, meanwhile,has also seen growth, as seen in the picture below. Chainlink's NFT volume has been increasing over the previous month, and on September 15 it reached $1.2 million.

Investors should exercise caution before making any deals, though, as there are some Chainlink-related issues to be aware of. Over the last seven days, Chainlink's volume has decreased by -46.25%, which might be interpreted as a negative indication. The decrease in LINK's development activity since the beginning of September is another factor that might worry investors. This demonstrates unequivocally that no new changes or upgrades have been in the works.

Social media mentions and engagement have both decreased for Chainlink, with mentions dropping by 30.21% and 7.35%, respectively. Let’s look at the technical side of the asset to understand where it might be headed in the coming days.

The Chainlink team's expansion has not slowed down despite the decline in LINK's reputation. Chainlike keeps collaborating with other businesses. Consider this: On September 15, Chainlink announced that it would work with the online marketplace for freelancers Lanceria Labs to authenticate transactions on-chain so that users’ cash might be locked and released dependent on the status of a task. However, the price of Chainlink has been fairly volatile during the last few weeks.

On August 13, the price reached a high of $9.36, and on August 29, it reached a low of $6.186. At the time of publication (September 15), the cost was above $7.50. It appears that the pricing of the LINK will not experience any significant changes any time soon. The RSI was at 44.98, indicating that the sellers were in control of the momentum. However, the OBV veered off course.

Chainlink is moving against the big coins, so it cannot be influenced by any major happening in the crypto ecosystem. The project is quite promising and worth investing in. However, this is not financial advice. DYOR!!!