DOGE price is showing strength. Here’s how you can benefit from it

Popular meme currency DOGE price is showing strength due to the increasing activity of the whales. The rising interest of the whales may help the asset reach its $1 price mark soon. 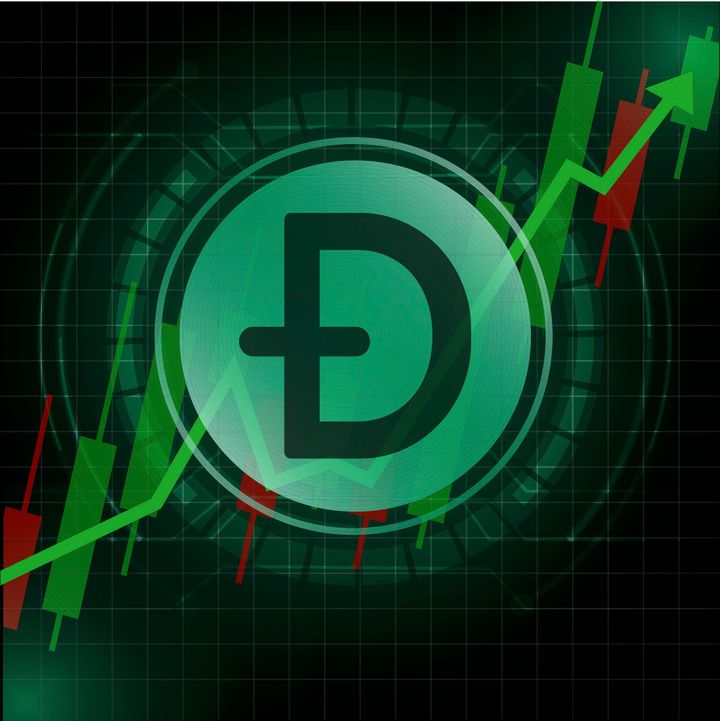 We will explore how the asset is doing in the current situation. After this, we will look at the technical side of the asset to get a full picture. Let’s get going!

One cryptocurrency that has recently caught the interest of whales is Dogecoin (DOGE). The reason is that whales on Binance Smart Chain (BSC) circulated more than $2 million worth of DOGE over the week, a fantastic development for the meme coin.

Whale activity near the cryptocurrency surged more than usual, according to DogeWhaleAlert. The first step was the transfer of 4.42 million DOGE from a top-twenty wallet that was holding the coin to an unidentified wallet. A further $327,147 was added after that, and another top-tier whale raised the total to $627,852 after that. 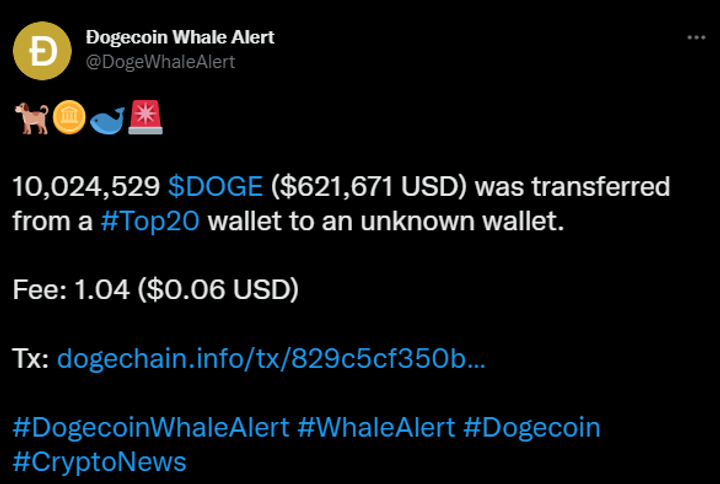 Traders could also take into account the activity of the platforms where DOGE is present in addition to the involvement of the whales. A glance at the Robinhood platform highlighted the fact that DOGE traders had stepped up their operations. At the time of publication, these small-scale investors controlled six Robinhood wallets and 30.14% of the total supply in circulation. DogeWhaleAlert also verified this information in the last week.

At the time of writing, the asset is trading around $0.060 with a loss of more than 4% over the last 24 hours. DOGE was unable to maintain its position in the top 10 assets of the market and currently holds the 11th position. Data from CoinGecko shows that despite the interest of whales, the price of the DOGE has been falling constantly for the past couple of weeks. 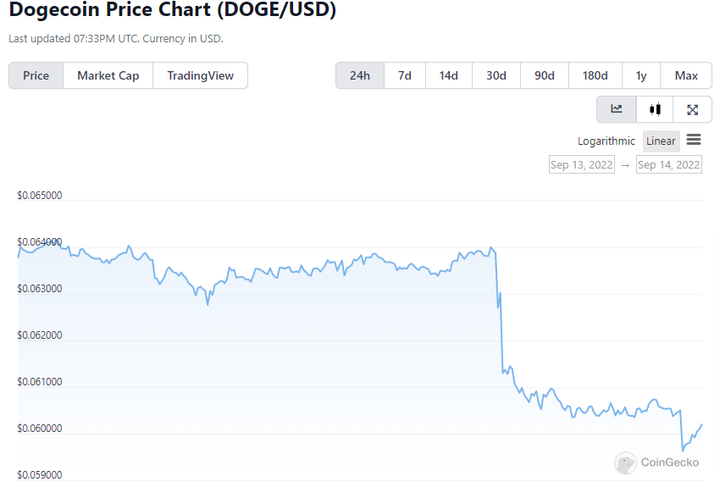 The $18.6k region saw strong demand for Bitcoin [BTC], which shortly surpassed the $22k threshold. The $24k mark as well as $22.6k may be tested in the coming days. Bulls of Dogecoin [DOGE] would greatly benefit from such an upward movement. The $0.065 resistance level is likely weaker now that DOGE buyers have been active recently and after several tests. Can we expect to see a breakout past the consolidation zone this week?

It is clear from the one-hour timeframe that DOGE did not exhibit a significant trend during the previous two weeks. In order to indicate a point of support that DOGE consistently examined, the $0.061 region was highlighted. September had just been going for a week when the merchants took over this area. Just a few days later, though, it was recaptured. The Value Area Low (VAL) and High were determined using the Volume Profile Visible Range tool to be $0.059 and $0.068 respectively. At $0.064, the control point was reached. Significant short-term support and resistance are represented by these levels.

Even though the trend was not bullish, the price has experienced strong bullish momentum from the dip to $0.058. The price appeared to be in a consolidation phase and was stymied between $0.063 and $0.065 levels. A purchasing opportunity can be presented by a breakout past the $0.064–$0.065 range and retest acting as support.

In the previous several days, the Relative Strength Index (RSI) dropped below the neutral 50 lines and even attempted to test the 50 lines as resistance. This development brought to light the possibility of downward short-term momentum. Since the RSI has been moving downward for about a week, it appeared possible that another challenge to the $0.063 support might take place. 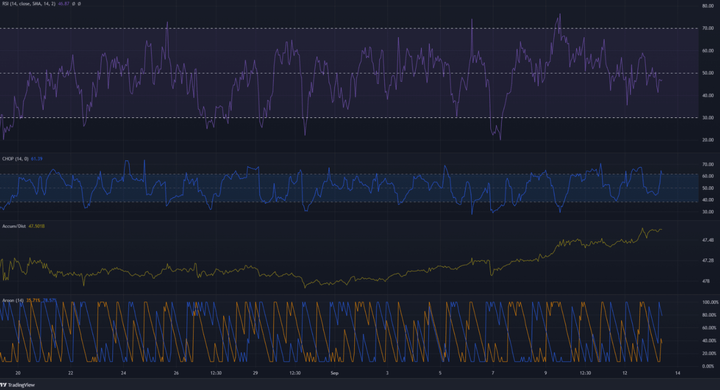 In contrast, the Accumulation/Distribution (A/D) line was steadily moving upward. There has been a considerable and constant urge to buy. If Bitcoin were to rise, the buying pressure behind DOGE might be too great for sellers to withstand, leading to solid gains for DOGE.

The absence of a significant trend will persist as a concern up until such a breakout. Nearly 61.8 on the Choppiness Index indicates consolidation. Additionally, there has been no consistent trend in the Aroon Oscillator.

Overall, sellers have been able to thwart attempts to move higher despite the purchasing pressure behind Dogecoin. The bull run of the flagship currency can help the meme currency get the required momentum. DYOR!!!