DOT price might see a bullish momentum in the coming days. Here’s why.

DOT price performance over the last couple of weeks has been good. The asset was able to beat the meme currency DOGE to place itself in the top 10 assets race. 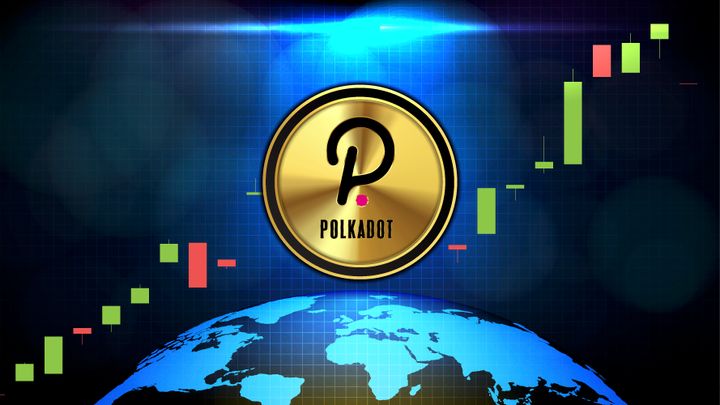 Dogecoin was able to retake the tenth spot, which it had maintained during the decline over the previous few weeks. Polkadot, on the other hand, experienced one of the biggest gains during the most recent rebound and greatly increased its market cap.

Recently, Dogecoin has had a harder time maintaining its top-10 ranking. Dogecoin managed to hold onto its place at the top of this list, which includes the biggest coins based on market cap, for the longest time. That is until the bear market fully took hold and DOGE struggled to keep up. The meme currency has fallen out of the top 10 once more.

Let’s take a look at the recent market scenario of the Polkadot ecosystem.

The 10th-ranked asset in the crypto market has recorded gains of more than 6% over the last 24 hours.  DOT price is exchanging hands above the $7.7 price mark with a live 24-h trading volume of $491,549,223. The noteworthy thing is that DOT has added more than 29% in the 24 hours trading volume. The correction has been a good move because the asset was able to cross the major resistance around $7.5. CoinMarketCap data shows DOT lost more than 80% from its ATH ten months ago. 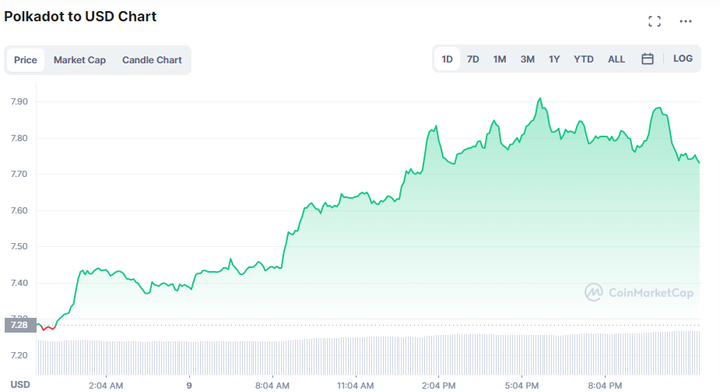 Let’s look at the fundamentals to see what is happening in the ecosystem of Polkadot.

What’s Happening in the Ecosystem?

The Polkadot Runtime was just updated to version 9270 by Polkadot [DOT] developers through a fresh network upgrade. When the upgrade was implemented, the price of DOT followed suit and began to rise. DOT's price recently fell sharply, reaching a low of $6.7 on September 7. The comeback, though, was swift. At the time of publication, DOT had a market capitalization of $8,515,538,465 and was trading at $7.64, up 6.42% over the previous day.

The hourly social volume of DOT just increased by more than 100%. This is a good indicator because it shows that traders and investors are becoming more interested in the token. The altcoin has been doing well over the past few days. Additionally, the blockchain's development gave it the impetus to increase its societal domination. 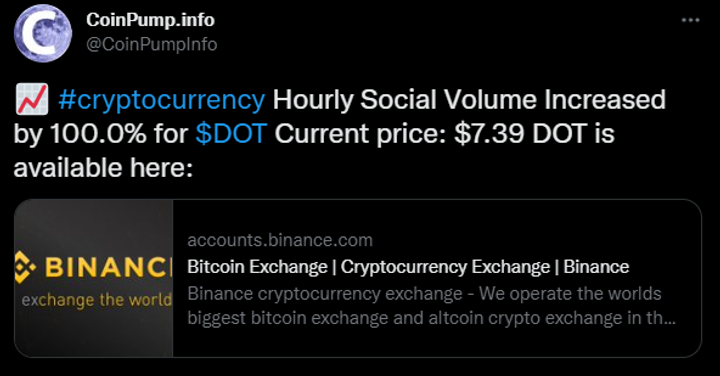 In addition, Bill Laboon, director of grants and education at the Web3 Foundation, cited Polkadot in a recent Blockchain.com interview. Polkadot is really a meta platform for constructing your own blockchain, he claimed in the interview. Since there isn't a single solution that can address every issue, this concept enables the creation of blockchains that can be tailored for particular uses. 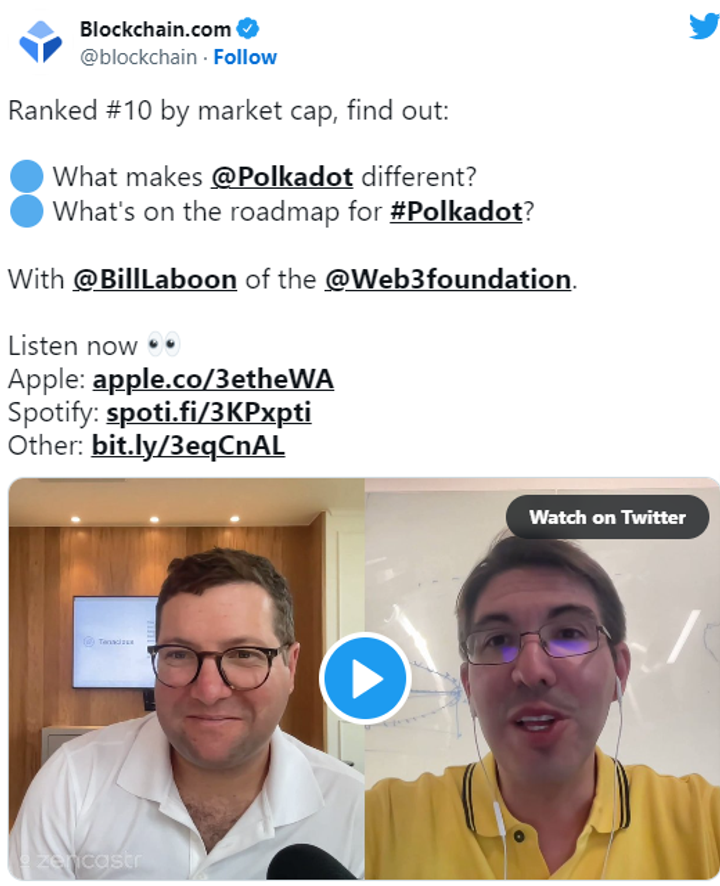 Following are some of the key metrics of the Polkadot ecosystem. The recent northern movement of the DOT was also backed by some data. For instance, DOT's volume and social dominance have grown during the past two days. This suggests that the upswing might become stable soon. The blockchain's development effort, however, has sharply decreased, in contrast to the price increase.

The daily chart from the DOT offered an encouraging picture, as multiple signs pointed to a northern breakout in the coming days. The Chaikin Money Flow (CMF) and Relative Strength Index (RSI) both showed increases, suggesting that a price increase may be imminent. Similarly, the Exponential Moving Average (EMA) Ribbon depicted the market. This is because the likelihood of a bullish crossover increased as a result of a significant reduction in the distance between the 20-day and 55-day EMAs.

Additionally, Bollinger Bands (BB) indicated that the price of DOT was in a constrained area. This made an escape to the north even more likely. The price of the assets looks strong after crossing the major resistance above $7.6.  DOT price is improving and this buying capability has contributed to the displacement of DOGE from the top 10 list.

DOT is among the few assets which are showing signs of great recovery in the market. The DOT price may see a bullish stance, but any major news can nullify this analysis. DYOR!!!