Ethereum Fork, ETHPOW, has Plunged 80% Since Launch, What’s Next?

Things don’t look good for the potential Ethereum fork, ETHPOW, ahead of the major update. The fork of Ethereum has already lost 80% of its value since its launch. 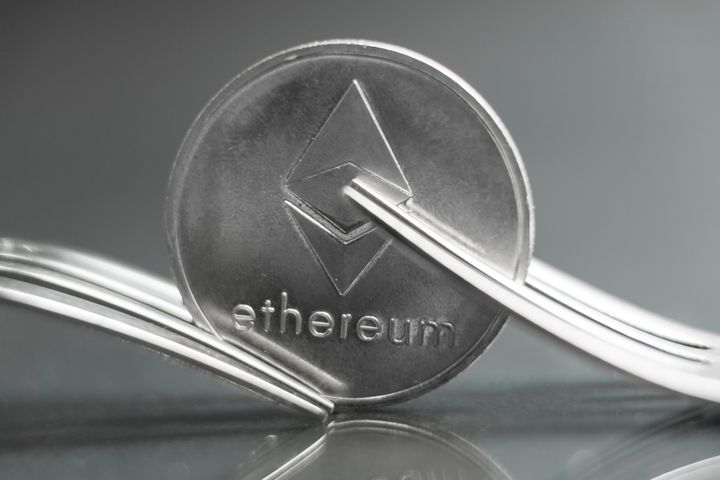 Many firms including OpenSea and several exchanges have already indicated that they are going to support only  the Proof-of-Stake (PoS) chain of the Ethereum network. The risk to an Ethereum Fork chain working on the PoW mechanism was always in the ecosystem. The fork of the chain doesn’t exist yet, so the price of the PoW-based asset has already dropped 80%.

Let’s look at the current market situation, then at  how things can turn out for this potential fork.

On September 10, more than a month after its market launch, the price of ETHW fell by more than 80% to below $25 on the daily chart. TETHPOW is currently merely a futures ticker created in anticipation of a chain split on Ethereum due to an impending network update.

By the middle of September, Ethereum will implement a significant protocol upgrade called the Merge that will replace its current proof-of-work (PoW) consensus method with a proof-of-stake one (PoS). Ethereum will eventually phase out its army of miners and replace them with "validators" who can accomplish the same functions by just staking a specific quantity of tokens with the network.

Then, existing Ethereum miners will be compelled to switch to other PoW chains or cease operations. Most such miners have migrated to Ethereum Classic (ETC), which carries the original Ethereum PoW algorithm. The graph below demonstrates how, in the days preceding the Merge, Ethereum Classic's hash rate increased and Ethereum's hash rate decreased. 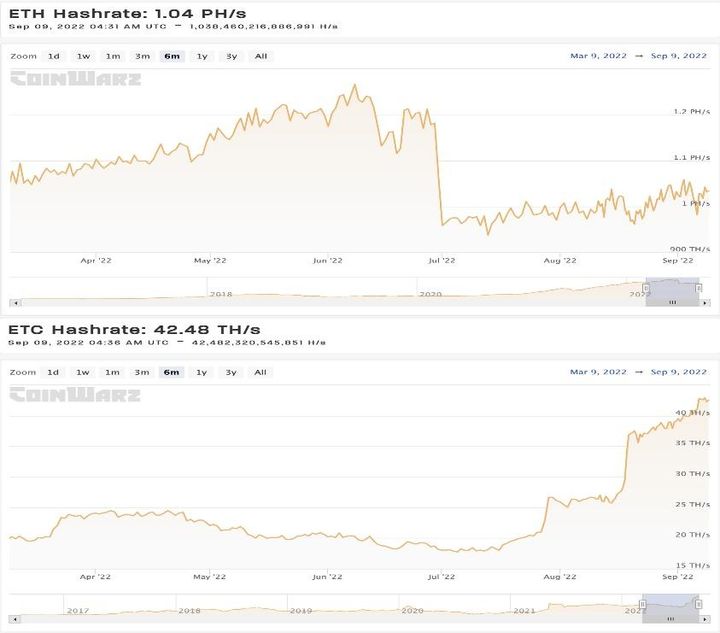 However, ETH miners might have other options outside Ethereum Classic.

One of the most well-known cryptocurrency miners, Chandler Guo, has suggested that after the Merge, miners continue to validate and add blocks to the PoW Ethereum chain. The present Ethereum PoW chain, also known as ETHPOW by Guo and its supporters, would continue to exist after this supposedly acrimonious hard fork.

Additionally, the new ETHPOW chain will contain an asset called ETHW, just as the Ethereum blockchain has Ether (ETH) as its native token. After the potential chain split, everybody holding ETH before the Merge will receive an equivalent amount of ETHW.

Additionally, a falling ETHW price would indicate that investors are placing a wager that an Ethereum chain split is less likely.

Why ETHW is in a bearish cycle?

According to a forecast by the cryptocurrency investment firm Paradigm, the price of one ETHW token should not rise above $18 after launch. That is less than 10% of the token's Aug. 9 record high of $198. The company's $18 price estimate for ETHPOW was motivated by backwardation, which occurs when futures trade at a discount to spot prices, in the Ethereum September 30 futures contracts.

According to the report, several exchanges, such as FTX and Deribit, would use Ethereum's PoS version to gauge the rates of their ETH futures and perpetual contracts. Additionally, the ETHPOW token might fetch at least an $18 valuation at the hypothetical fork given that the ETH futures price now trades at an $18 discount to spot prices.

Simply by examining the spot-future basis, we can determine how much the market anticipates ETH PoW will be worth. Since spot equals POS plus POW while future is just POS, the study went on, “The premise currently suggests that the price of ETH PoW should be around $18, or 1.5% of ETH market cap.”

The Ethereum upgrade is the most anticipated event in the history of the Ethereum network. Some exchanges and platforms have announced they will support only PoS Ethereum products post-merge. The Ethereum fork might have crashed by almost 80% but post-merge it can become a savior for many miners and investors. DYOR!!!