Ahead of the major event, The Merge, the price of Ethereum is accumulating with no clear direction. Now, Ethereum looks to the 1900 price mark following this breakout. 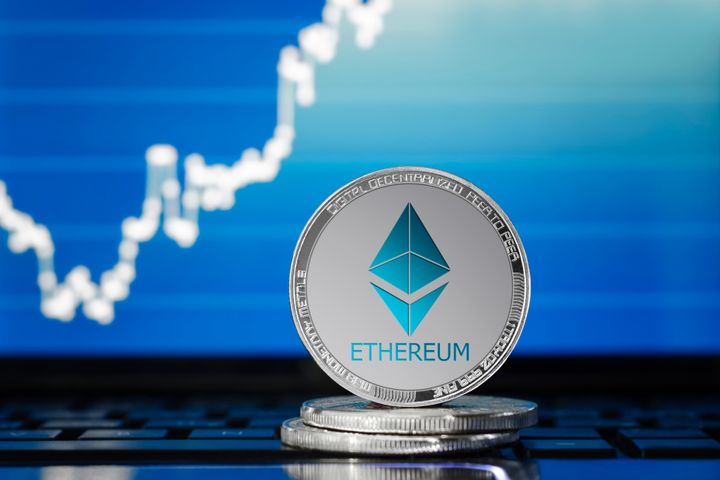 Ethereum has stopped making advances from the prior session and now trades inside a very small trading range. Within the trading range of $1,595 and $1,655, the price is rising. This is taking place as barricades are placed around the higher level of the aforementioned zone and the bulls fail to maintain their Wednesday's gain.

The price of Ethereum is establishing a consolidation with a leaning toward a higher breakout despite its underwhelming performance. Data shows that at the time of publication, ETH/USD is trading above $1,600, a loss of 0.91% for the day. In the last day, the second-largest cryptocurrency's trading volume increased by 11% to $19,868,210,487. 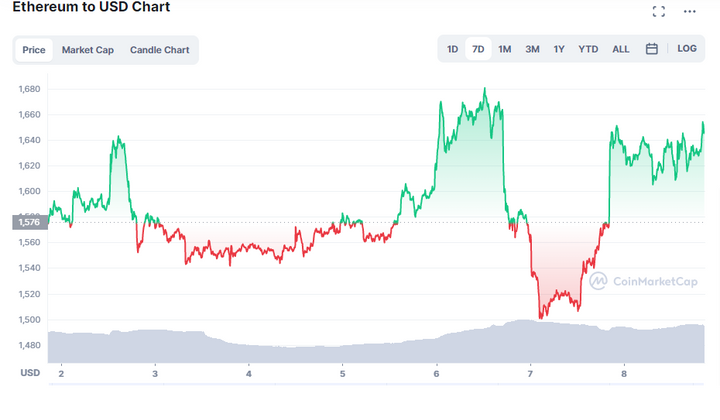 Ethereum looks to 1900, but if it succeeds it may break a critical resistance around $1700. The volatility in the price ahead of the Merge is showing how whales are creating uncertainty and FUD in the market.

Let’s look at the fundamentals to guess what can happen next:

With almost $6.12 billion in open interest for call options, Ethereum speculation is still active. According to Glassnode's most recent analysis, put options made up a substantially smaller percentage.

Put options recorded a significantly smaller amount of $1.5 billion, as shown in the graph above. resulting in a 0.25 put/call ratio.

Given that the Put/Call ratio (PCR) for ETH was 0.25, bullish call option traders have dominated the market. The rate was 0.24 at the time of publication, which is another optimistic indicator. A PCR ratio under one indicates that more Call options than Put options are being purchased by traders. It indicates that the majority of market participants are placing their bets on a likely future bullish trend. 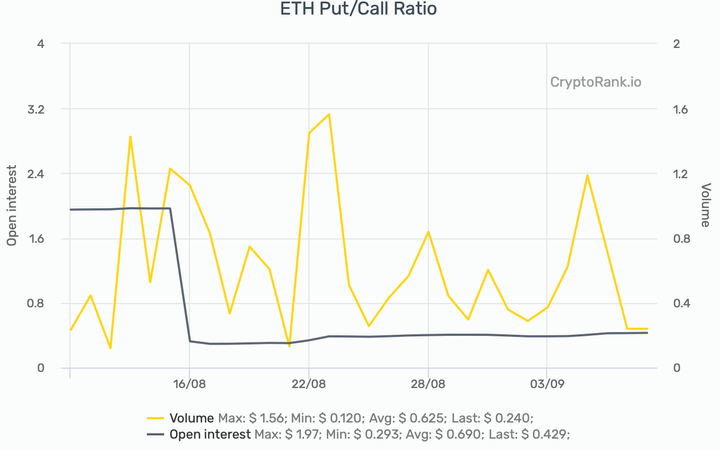 Interestingly, the 30 September and 30 December expirations were chosen for the majority of Ethereum option bets. This did clarify traders' bullish wagers on a likely ETH price increase following the Merge. The eagerly awaited Merge would reduce ETH issuance and give the asset a store of value appeal.

Let’s look at the technical analysis:

The price of Ethereum has miraculously increased by more than 10% from its low of yesterday. But as the day wenton, the bulls lost momentum and the price settled into a narrow range. In the current change, $1,580-$1,550 will be an important level to maintain because of discount buying demand. The levels have kept the short sellers in place even longer. The likelihood of a bullish reversal in Ethereum is increasing.

Ethereum developed an inverted "Head & Shoulder" pattern on the four-hour chart. After dropping from $2,030 to $1,423, the price quickly bounced back from its lows and has since even established a reversal pattern.

On the hourly chart, if the price can break through the indicated level, we may anticipate a strong positive momentum of up to $1,800. Then, Ethereum bulls would try to retake the August 17 high of $1,956.18. The bullish "Flag & Pole" pattern was broken by the price of Ethereum on the hourly chart, but it is being rejected near $1,650. This pattern indicates that there is a higher likelihood of ETH testing $1,711 in the coming hours if the price breaks above the indicated level.

The closest level of support is at $1,580, while the nearest level of resistance is at $1,650. The likelihood of the price breaking through its resistance is higher. On the other hand, an increase in the sell order could cause the $1,580 level to be broken. The cost can also decrease to $1,420. Several time frames show that Ethereum is bullish. We may want to place a trade on the purchase side if the hourly closing price is above $1,650.

Ethereum looks to 1900, but the bulls must provide the firepower to break the resistance around $1650. We might hit the target soon, but any major news in the ecosystem can nullify this analysis. DYOR!!