The most-awaited crypto update, ‘The Merge’ is on the horizon and Ethereum whales want to make it memorable. Ethereum supply on the exchanges is on a constant rise with the Merge date coming close. 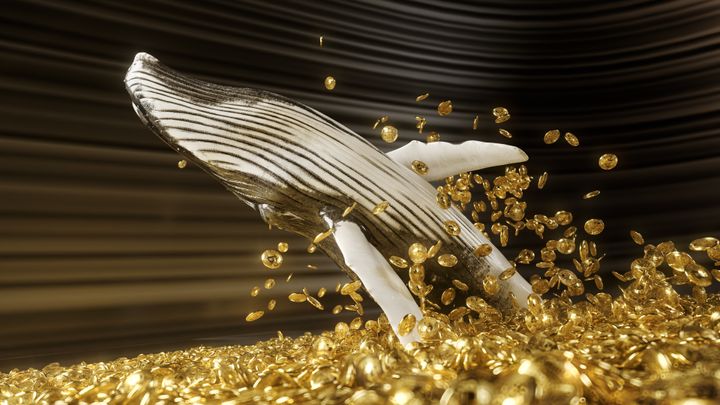 Over the last three months, holdings at the top 10 Ethereum non-exchange addresses have decreased by 11%, while holdings at whale addresses on exchanges have increased by 78%. Let’s explore why the Ethereum whales are making moves at this critical time.

This month Ethereum will undergo one of the biggest modifications since it was first created. Ethereum blockchain will switch from its current proof-of-work  (PoW) mining consensus to a proof-of-stake (PoS) model. The current phase was supposed to be finished by the middle of 2021, but due to many delays it is now expected to happen in the third quarter of 2022. The third phase will be the most important, since it will provide various scalability features like sharding and drastically lower the energy usage of the blockchain.

The expected date for Ethereum Merge is September 15 as the network has seen a successful Goerli testnet integration, the last testnet merger before the actual transition. Following the release of the Merge date, the price of Ether (ETH), the native token of Ethereum, had a bullish spike, climbing to a new six-month high of over $2,000 but failing to consolidate at the key resistance.

As the Merge draws closer, the positive euphoria in terms of token price and market sentiment appears to be fading. A large number of ETH whales have seen a huge reduction in their holdings. 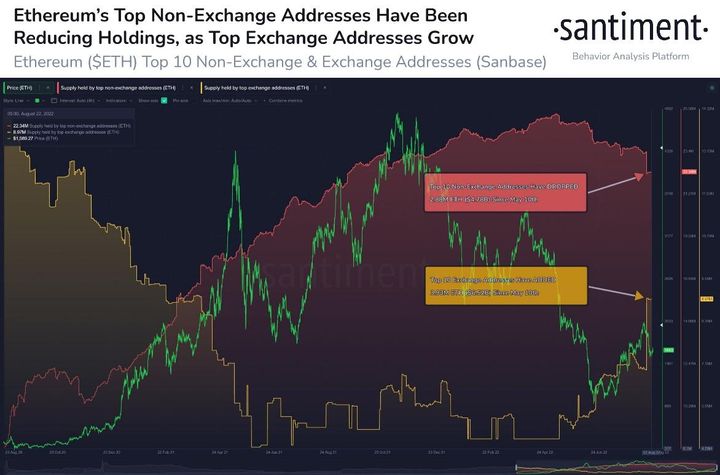 The most recent development involved a crypto whale who just sent 64,000 Ethereum (ETH) valued at over $100 million to an unidentified wallet. According to a recent tip from crypto tracking service Whale Alert, certain big crypto owners sent an ETH transfer worth $102,134,766 to an unidentified address. The anonymous wallet still contains the assets that were transferred.

According to Ethereum network explorer Etherscan, the controlling wallet is managed by Binance's US branch, the biggest cryptocurrency exchange in the world. A second follow-up transaction valued at 15 ETH worth $23,988 was made two hours after the initial huge transaction.

Why do Whales Move Assets?

Bearish sentiment is often reflected in the flow of cryptocurrencies onto exchanges, which is frequently done by traders looking to make a profit by offloading their tokens. Possibly whales anticipate a drop in price in the near future.

Numerous market analysts think that the Merge will be a case of "buy the rumor, sell the news." The adage suggests that if positive news is anticipated at some point in the future, the price will frequently increase before that time but may not do so immediately later. Following the confirmation of the Merge date, the market spiked, although it may soon experience a price drop. The Merger will complete the second of three stages in the conversion of Ether to PoS. The Beacon Chain's debut in December 2020 marked the start of the procedure.

Many industry experts believe that the price is likely to fall as we have seen in the last three to four days. Some people are also claiming that the price of the asset will increase. Even while the migration of whales may, on occasion, cause the price of ETH to decline, overall demand for the commodity shows optimism. The cryptocurrency now has the biggest market demand, according to a CryptoQuant expert.

During the Merge, Binance will halt both deposits and withdrawals. Security precautions will be taken in respect to The Merge, Binance stated in a release. On September 6, users of the largest exchange in the world by trading volume won't be allowed to add or remove ERC-20 tokens.

The Ethereum Merge is one of the major upgrades in the history of the Network. The activity of the Ethereum whales can push the price of Ethereum lower than expected. Act cautiously during the Merge as the whales are out on a hunt now.