Fantom Price is under extreme selling pressure. Why is that?

Fantom is among a few layer-1 solutions that showed strength in Q1 2022 with 42x contract deployment on the ecosystem. Fantom is also famous for having made strides in the crypto market recently; however, the Q2 report is now putting the Fantom price under extreme selling pressure. 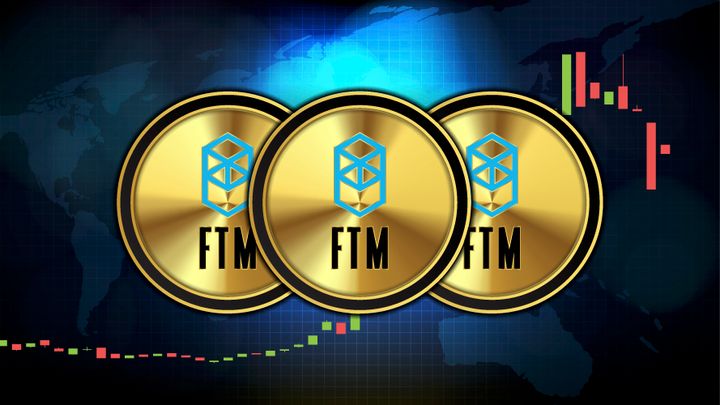 Fantom is an open-source decentralized smart contract platform for DApps and digital assets that were created as an Ethereum alternative. Fantom aims to address the shortcomings of previous blockchain generations by striking a balance between scalability, security, and decentralization. The project offers tools that allow existing DApps to integrate more easily, in addition to a thorough staking incentive system and integrated DeFi instruments.

Fantom is an L1 network that makes use of a separate consensus layer called Lachesis as well as a consensus protocol designed from scratch to enable DeFi and associated services based on smart contracts. Other layers, like Opera, and Fantom's EVM-compatible smart contract chain, are also secured using Lachesis. The project's long-term goal is to "provide compatibility amongst all transaction bodies worldwide.

Let’s delve into Fantom’s current market situation to understand the key developments in the ecosystem.

What’s the Current Outlook of Fantom?

Fantom’s price has seen a continuous fall of more than 8% over the past seven days. Data from CoinGecko shows that the asset price has also tanked 80% over a year. The asset is holding the 72nd market position and had already lost more than 90% from its ATH over the last year. The price of the asset is showing extreme volatility indicating the role of the whales. The higher time frame shows that the asset has been in a constant fall for the past couple of months. 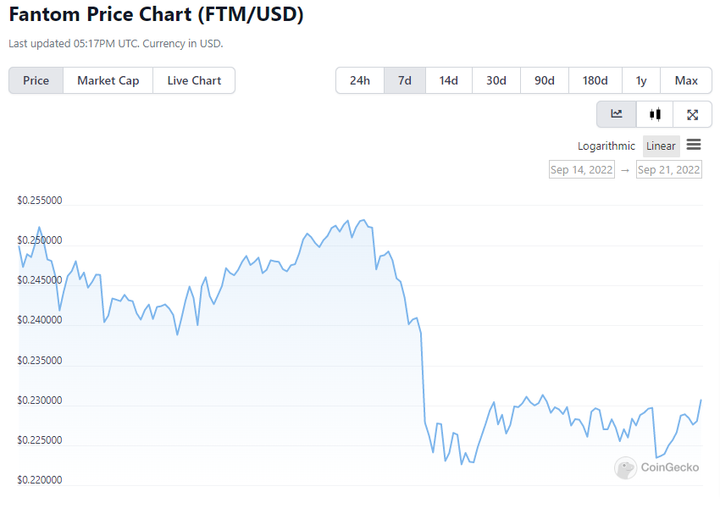 Let’s look at the Q2 2022 report of the Fantom network and how it can impact the asset’s price.

What’s the Significance of the Q2 Report?

Going into 2022, the blockchain platform for smart contracts called Fantom [FTM] has made a lot of news. Fantom has had the most spectacular activity in Q1 2022 of all the Layer 1 solutions. There were approximately 4,677 validated contracts deployed, a 42x increase from February 2021.

Launching fUSD, the network's first native stablecoin, marked Fantom's biggest change to the ecosystem. On May 20, the Fantom Foundation also made an update available, including the highest collateral factor and minting cap for each kind of supporting collateral. Additionally, the post bragged about a robust ecosystem of dApps, including Balancer fork Beethoven X and Automated Market Maker SpookySwap.

The ecosystem appeared to have lost a sizable portion, as evidenced in Nansen's Q2 update, despite a substantial climb up the ladder. Daily transactions and daily active addresses both showed crimson, with the former bleeding the most.

Since April, there has been a decline in the number of addresses actively using Fantom, according to the DAA graph. At the time of publication, the range was between 50 and 65 thousand. This might be a result of the recent decline in the cryptocurrency market that began in May.

Let’s see what can happen next for the crypto asset.

FTM, Fantom's native token, did experience a bloodbath in 2022 as the price only just managed to advance beyond the level of present resistance. Following a 3% price adjustment, FTM was trading at $0.22 as of the time of writing. This along with the aforementioned events could cause panic.

Last week, however, FTM saw an increase in its social metrics. Data from Lunarcrush show that the alternative's galaxy score increased to a high of 74 out of 100, a sign that market and social activity for the coin appears bullish. However, you should never completely rule out the prospect of a fall by the end of this month. DYOR!!