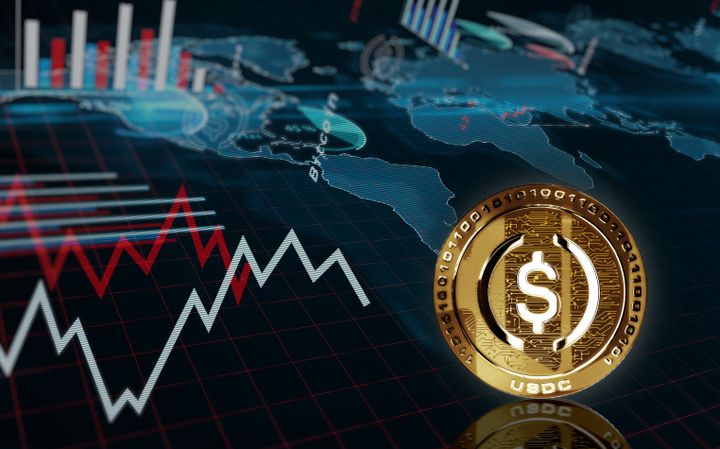 WazirX, India’s largest cryptocurrency exchange, is known for its accessibility and simple and efficient design. WazirX is built to assist experienced traders or absolute beginners alike. The Indian crypto platform is not just an exchange; it also includes P2P trading, an NFT marketplace, and Smart token funds. Users can start trading as low as INR 100; however, the minimum trade limit is $14.5, higher than Binance’s $10.

Previously, users could buy crypto on WazirX with a range of tokens including INR, USDC, BUSD, BTC, and their native token WRX with variable spread. According to updates, the exchange has apparently removed the stablecoin USDC from its platform.

In 2019, Binance claimed ownership of WazirX, though recently, paradoxically, it has been denying its ownership. The Binance CEO famously known as CZ claimedon Twitter to have bought WazirX for $10 million, but the deal never happened, apparently. WazirX co-founder Nischal Shetty told his community, “WazirX as a product and a brand is owned by Binance.”

However, in the recent wake of events, CZ has deniedownership of WazirX, directing the community to move their funds from WazirX to Binance. The spat between Binance and WazirX over ownership claims was followed by the fund freeze of INR 64.67 crore by the Directorate of Enforcement. Binance has recently removed off-chain transfers to WazirX. Zenmai Labs, the current owner of WazirX, is all set to take legal action over this ownership row.

According to an announcement released by the Indian crypto exchange, it is preparing to delist the USDC stablecoin from its platform on September 26, 2022. WazirX will swap all the stablecoins USDC, USDP, and TUSD to BUSD at 1:1. 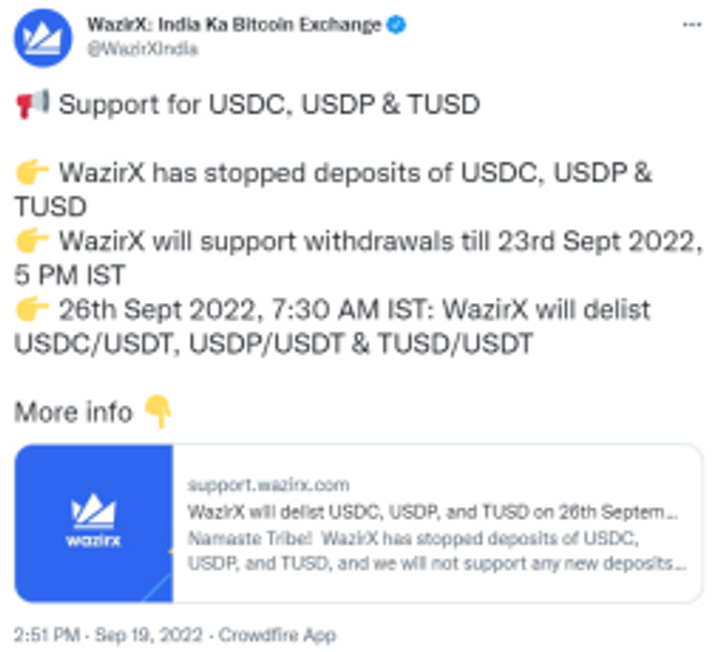 Users will be able to withdraw these stablecoins until 5 PM September 23, 2022; these coins will be delisted from the platform on September 26, 2022. If anyone is still unable to convert or withdraw these coins, they will be automatically converted to BUSD at 1:1 on or before 5th October 5, 2022. According to the details released by WazirX, the list of stablecoins eligible for auto conversion might be amended later, clearly indicating that the current list is just tentative.

On September 6, 2022, Binance pulled support for USDC stablecoin directing almost all their users to hold their funds in Binance USD or BUSD. This is a straightforward attempt to help their own stablecoin and enrich its liquidity against USDC. USDC is the second largest stablecoin with respect to volume, according to CoinMarketCap, with a volume of $51 billion. BUSD is the 3rdlargest stablecoin with a $19 billion volume. 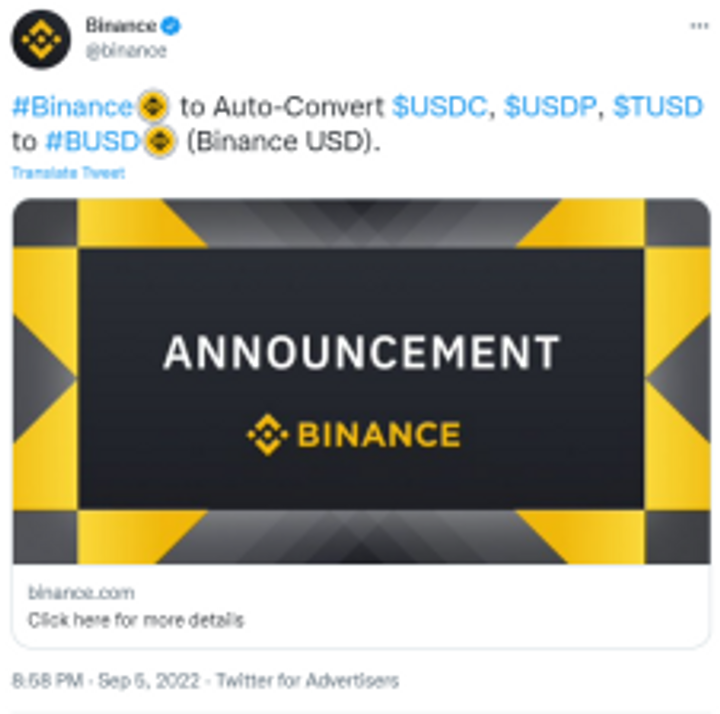 "This will not affect users' choice of withdrawal: users will continue to be able to withdraw funds in USDC, USDP, and TUSD at a 1:1 ratio to their BUSD denominated account balance”, Binance told its 28 million users. The delist will happen on September 29, 2022.

The crypto community considers this practice a “Monopoly 101”. A crypto trader with the pseudo name Bloodgood took Twitterto say,

“Binance will remove $USDC as a tradable asset by Sep 25, 2022 to push their $BUSD. They also hired an ex-Brazilian Central Bank President as an advisor, because bankster connections matter. For regulations. Binance is deleting competitors as Google did 10 years ago.”

If there’s an actual row between WazirX and Binance, as it appears, why would WazirX support Binance in creating a monopoly in the crypto space? Also, the timing of removing tokens is very important. Binance announced first, followed by the WazirX announcement. However, WazirX will be removing USDC stablecoin 3 days before Binance does. Is this fair play? Well, that’s the debate that will take us back to Google acquiring every company and threatening a monopoly in the market.