LUNA price rose 300% in September. Is the Asset Back from the Dead?

LUNA’s price rose more than 300% in the month of September alone. Despite the recent downfall of the asset, such massive gains are hard for traders to ignore. 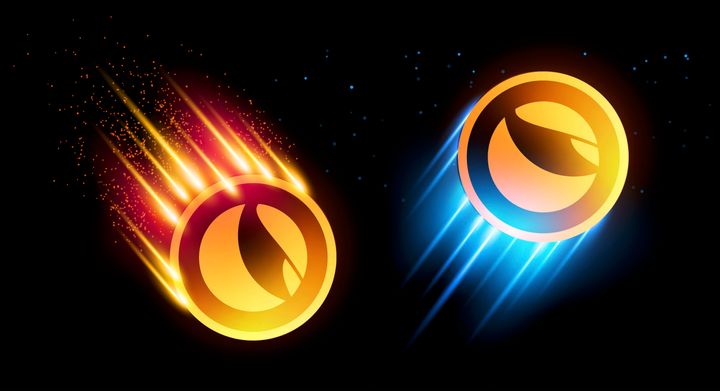 We will explore how and why an asset with a bad reputation in the ecosystem is getting such massive gains. We will also look at the technical side of the asset, but, firstly, let’s look at the current situation of the market.

The remarkable LUNA surge occurred in the midst of a flurry of both good and bad news, and technical indicators point to an impending correction. After the fall of its native token LUNA and stablecoin TerraUSD (UST) in May, Terra has emerged as a controversial blockchain project. However, cryptocurrency traders find it difficult to ignore its recent increases.

LUNA's price fell to almost zero at its low point in May; it has since risen by an astounding 17,559,000%. LUNA's performance in September is particularly remarkable since it has risen by more than 300% month-to-date following a protracted period of consolidation in the sideways range.

It is important to remember that LUNA also trades on many platforms under the ticker LUNA2. The company responsible for the Terra project, Terraform Labs, separated the previous chain into Terra Classic (LUNC) and Terra LUNA 2.0 (LUNA/LUNA2).

LUNA/LUNA2 began pumping on September 9, a day on which a lot of things happened within the Terra ecosystem. First, Terra Classic (LUNC) approved governance recommendations to impose a 1.2% daily tax on all of its on-chain transactions. In other words, as Cointelegraph reported here, the proposals will permanently take 1.2% of the LUNC supply from any on-chain transaction. 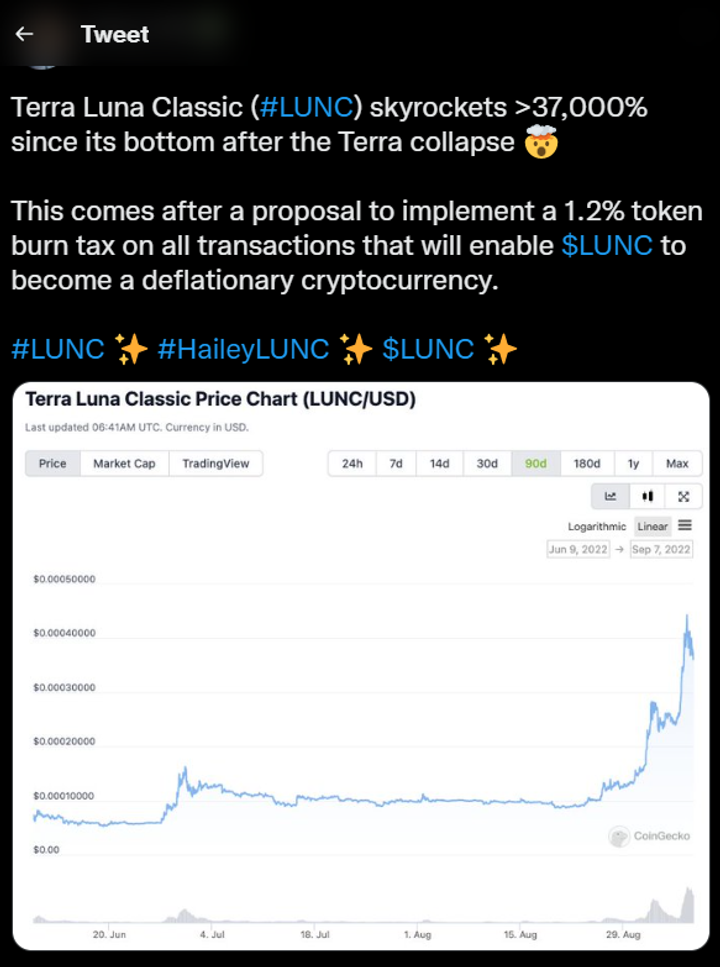 Second, FatMan, a self-described Terra whistleblower, allegedly identified TerraForm Labs as the sender of a suspicious transaction involving 435,000 LUNA2 tokens. While eating lunch, I noticed a LUNA2 pump. examined TFL Dawn's wallet. TerraForm Labssent all 435K of the remaining LUNA 2 to Binance just days ago, having spent months mining rewards with an airdrop they allege they never received. 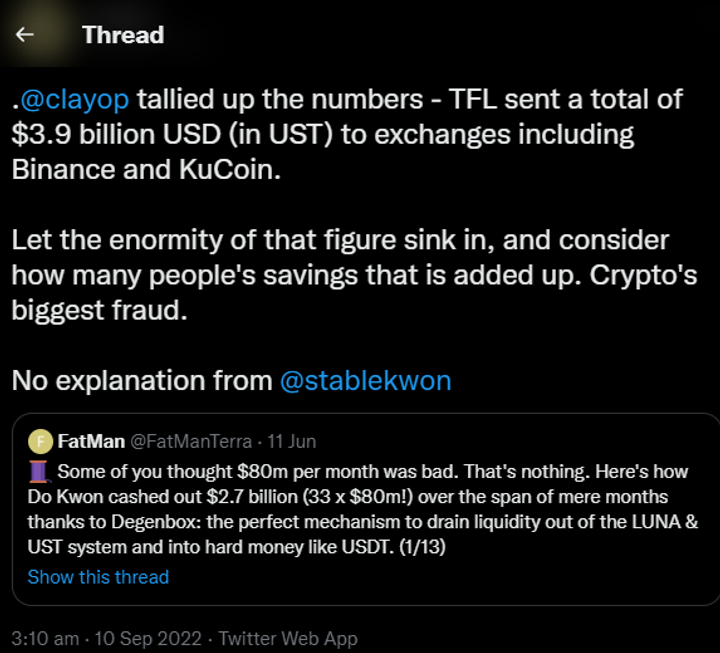 Do Kwon, though, denied the accusations. The pump on September 9 also took place a week after Terra approved a plan to hold its second airdrop of more than 19 million LUNA tokens till October 4.

Technically speaking, the price of LUNA runs the danger of experiencing a significant correction in the upcoming days.

The relative strength index (RSI) for the token has risen above 70 on the four-hour chart, which is seen as an overbought area where a correction is more likely. Second, since September 9, the price has been developing a rising wedge, a bearish reversal pattern.

Notably, a rising wedge develops when the price moves upward within an ascending range with converging upper and lower trendlines. After the price crosses below the lower trendline and there is an increase in trading volume. On September 11, LUNA was attempting to break below its wedge's lower trendline. In this scenario, the price runs the danger of dropping by the maximum height of the wedge. In other words, LUNA might decrease by 30% from its current price to $4.5.

There is a minor chance that the asset keeps increasing without any major correction. Even in this situation, the asset will come in for a correction which can bring too much pain for the crypto traders.

Given the extreme overbought readings on LUNA's RSI during its prolonged bull run, the altcoin may experience a short-term slump. Moreover, dealers and investors need to closely monitor Bitcoin's movement. The latter might have an impact on market mood generally. LUNA’s price may be rising, but users shouldn’t forget how assets have plunged and wasted billions of dollars in the market. DYOR!!!