Making Sense of Blockchain and Cryptocurrency for Beginners 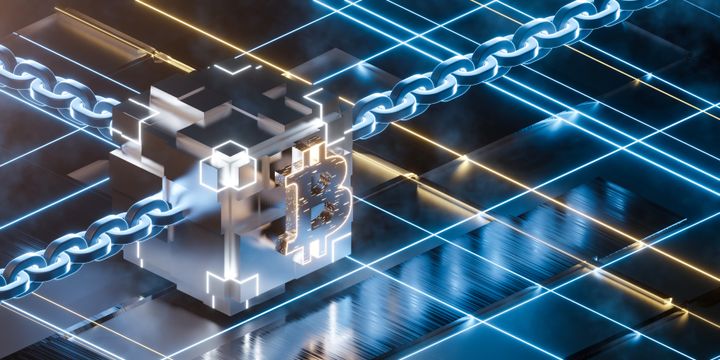 This technology has evolved into a system where people can carry out transactions, can collaborate, and can organize and identify themselves. By definition, a blockchain is a decentralized ledger (distributed over network nodes) just like a database. This saves information as a digital copy in a way that's publically available but cannot be altered even by the people who programmed it. This is why we use blockchain technology to keep our cryptocurrency transfers safe and secure. It creates a trustless and pair-to-pair system that is efficient and able to add more scalability.

It's okay if you are still not able to get your head around what blockchain actually is because I’ll break down the topic for you in the next paragraph. Follow me!

Imagine two friends like to spend time together and it happens sometimes one friend has money and sometimes the other one does. To spend fairly, they decide to keep a record of each expense in their ledgers (diaries or notepads). Since both friends have their own ledgers, they have to compare them at the end of each month and if there’s any mismatch, there’s no way to sort it out – except to rely on their own memory. To solve this issue, they decide to keep a “distributed ledger”, a single ledger that both will sign to verify every expense. For example,

In this way, the issue of mismatched transactions can be pretty much solved. The blockchain works in a similar way. It’s a digital distributed ledger that records transactions, except it records crypto transactions.

Bitcoin is a cryptocurrency being sent and the transaction will be recorded on the blockchain. Blockchain will first verify if Martha has 1 Bitcoin in her wallet. After verification, the crypto is transferred to Ali and added to Ali’s already existing assets (if any). Since the blockchain is immutable (cannot be altered) and distributed (decentralized in nature), the technology is being used in NFTs, Cryptocurrencies, voting, supply chain management, and much more. 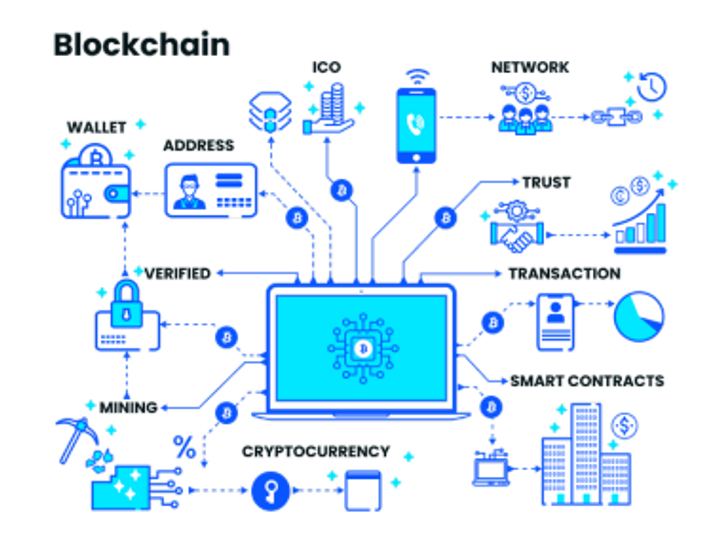 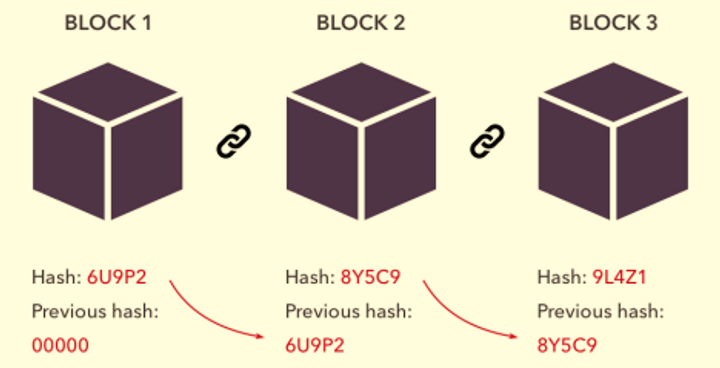 There are two main kinds of blockchains – public and private chains.

Blockchain is run by a node of the crypto network following a consensus mechanism that makes every node verify the transaction before adding it to the block. If someone wishes to change a transaction to his favor, he can change his copy of the block but it will get caught in cross-referencing with other nodes’ copies and it will easily be shown that this is not a valid transaction. To record an invalid transaction in the blockchain, a user would have to own at least 51% of the active nodes to verify the transaction as valid. Since there are millions of miners active worldwide, it’s not possible even for larger organizations to own that many nodes.

With many practical applications for the technology already being implemented and explored, blockchain is finally making a name for itself in no small part because of Bitcoin and cryptocurrency. As a buzzword on the tongue of every investor, blockchain stands to make business and government operations more accurate, efficient, secure, and cheap, with fewer middlemen.