Price analysis of Dogecoin and Shiba Inu remains in the top searches as both crypto assets are volatile and traders want to get the best of both. We’ll discuss their fundamentals and then discuss the technical price analysis. 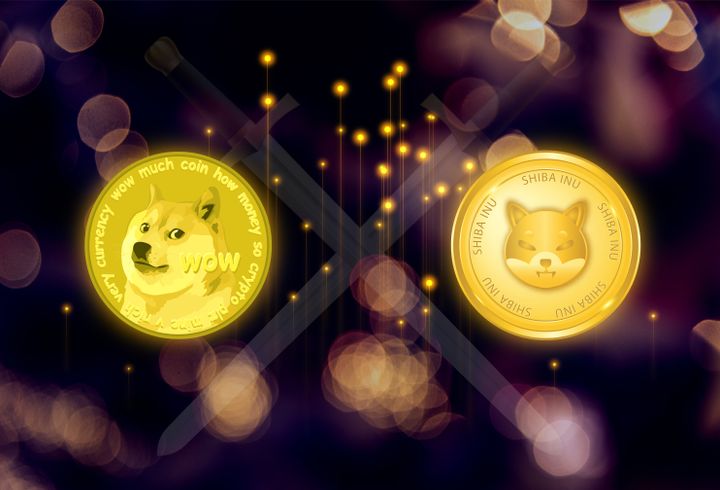 Bitcoin is an open-source digital currency:  its code is publicly available. In the starting days of cryptocurrency, Billy Markus and Jackson Palmer made their version of a digital payment system to show anyone can do it. This was developed to mock Bitcoin, hence “Meme coin”. The developers named it “Dog Coin '' after the Shibe Doge on its icon .

However, with the crypto boom, people started investing in every coin and the prices started to shoot to the moon because of coins’ speculative nature and huge volatility, and Dogecoin became a favorite. Now Dogecoin has a 24-hour trading volume of $971,030,477. Dogecoin is down 14.55% in the last 24 hours. The current CoinMarketCap ranking is #10, with a market cap of $9,148,331,361.

What is Shiba Inu?

Named after a Japanese dog breed, Shiba Inu is yet another meme coin that was launched in 2020, following the Dogecoin hype and insane gains. Shiba belongs in the pump and dump category and often its price has controlled the move by the whales in either direction.

As the market is tipping over to the bearish side already, the prices of Bitcoin and altcoins have started to dwindle. As the bearish trend continues, the price of Dogecoin has broken below the local support zone. Dogecoin was surfing nicely the EMA 55 on a 4-hour chart and a bullish trend line. The price is breaking below the bullish trend line and after confirmation, new sell orders can execute. This is likely to trigger a new price rally to new lows.

Had you invested in Dogecoin a year ago, you’d have spent a year even reaching the breakeven – Dogecoin seems to be  under a cloud.

Dogecoin has good support at $0.065 and if it fails to retain this price level, it can fall hard. Below this support zone, there’s major support at $0.05, the price level of 18 June 2022. Dogecoin might get trapped in the lower highlighted zone once it falls below the first support. Since the RSI score is under 30, we might see a minor reversal before a final drift. 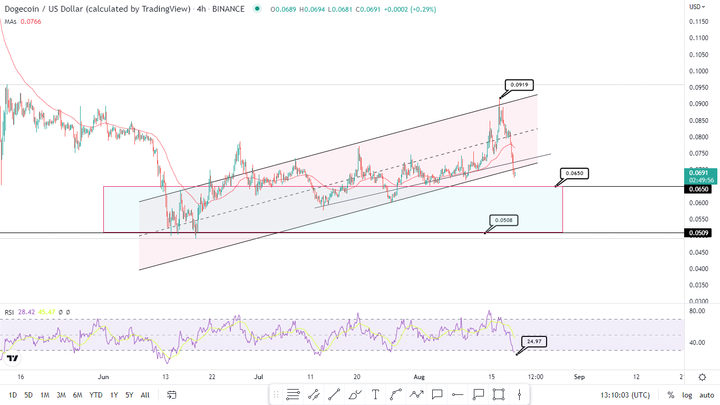 Overall Shiba is performing a lot better than Dogecoin, as the ROI of this coin in the last year has been positive. If you’d invested in Shiba a year ago, you’d be at 57% profit now. Shiba has green ROI in every time frame, except the 24 hours as the whole market bleeds.

Technically, Shiba looks stronger even in a bearish market like this. The price is nose-diving to the support level at the bullish trend line. If Bitcoin keeps falling, the price of Shiba might even drop to $0.0000105. However, Shiba can grow above the local high of $0.000018. Since the major resistance level for Shiba is at $0.000020, the price can test this level in the upcoming bullish rally. 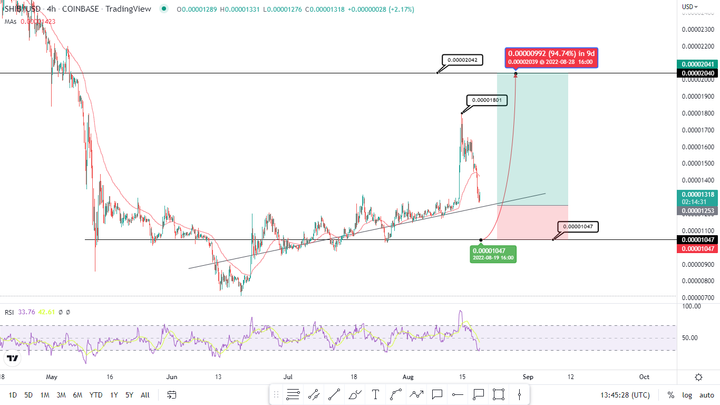 The price of altcoins mainly depends on the movement of Bitcoin, so it’s very important to keep an eye on Bitcoin’s movements as well. Dogecoin and Shiba are meme coins, often considered pump and dump assets. Therefore, it is hard to say if these coins will follow any technical analysis. It is better to stay on the safe side and DYOR before investing.