When will the alt season start?

Bitcoin garners most of the attention while other coins wait to get buyers to start their journey to the moon. Those who have invested in altcoins keep waiting for the alt season to start to reap their profits. 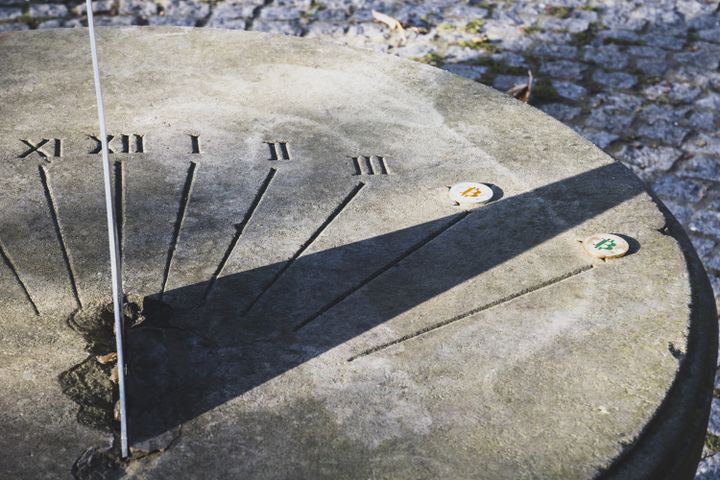 In cryptocurrencies, Bitcoin has the supreme power. Where it goes, the whole market follows. If Bitcoin is falling, every other coin – there are more than 18,000 cryptocurrencies other than Bitcoin – will fall and vice versa. T and when it plunges, it leaves every single coin bleeding red. However, when the price of Bitcoin recovers the other coins might not recover at the same rate as Bitcoin.

What is an alt season?

Bitcoin currently has a market cap of over $1 trillion of which over 40% is shared by Bitcoin alone, giving it dominance over the crypto market. The remaining 60% is distributed unequally among the other coins. All other coins besides Bitcoin are called altcoins. When the market share of Bitcoin (Bitcoin Dominance) increases, other coins get less share and their price doesn’t rise as much as Bitcoin’s. 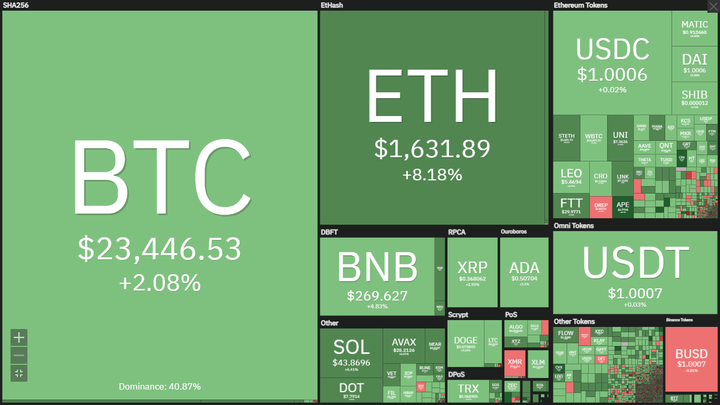 Bitcoin goes Up: When Bitcoin goes up there are bullish sentiments in the market and traders start pouring their money into almost all coins. Therefore, the price of the coins also rises.

Bitcoin goes Down: When Bitcoin goes down, it drags every other coin with it. Some coins might drop even more than Bitcoin, depending on the community holding the coins. If a coin is held by whales or it’s just a meme coin that works on pump and dump, it may bleed more. However, coins with a good use case and a better community like Ethereum and BNB will hold their price and can perform better even in the darkest situations.

Bitcoin Ranges: When Bitcoin is not very volatile, traders do not take out their money but newer traders do not enter either. This makes the Bitcoin price almost stable for days. That’s when the alt season begins. Since most altcoins have low liquidity it’s easier to pump the price. When these coins are more volatile, more traders invest in them and altcoins start to rise insanely.

Alt season usually begins when Bitcoin’s volatility is fading and the Greed and Fear index of crypto is almost neutral: there is not much greed nor fear in the market.

When will the next alt season start? 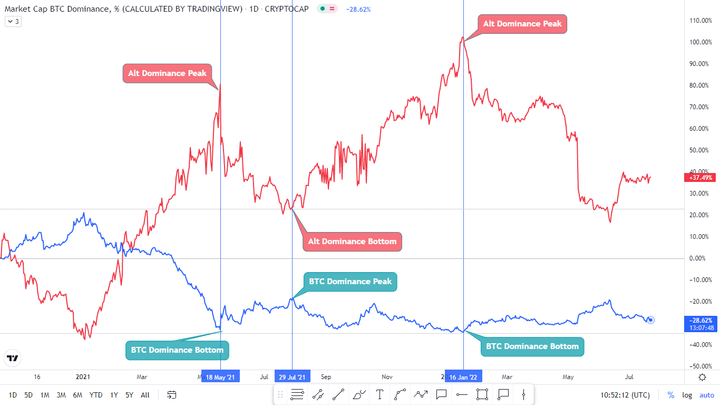 Bitcoin with all crypto markets is highly bearish right now and it might take time to recover. It will be bullish again once Bitcoin is above the $28,900 resistance. We need Bitcoin to be above this resistance level and in a safe area for market fear to fade away and the FOMO plus greed to step in. Once Bitcoin reclaims this level after a pullback, it will range for some time and its volatility is likely to fade away. Meanwhile, the alts will start recovering and that’s when we are in an alt season. 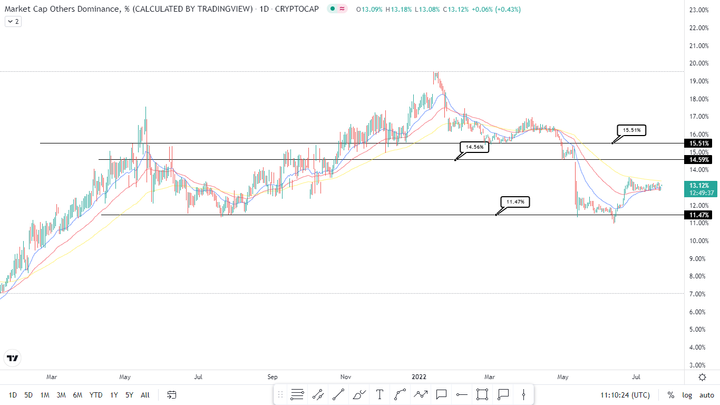 Currently, on a daily chart, the alt dominance is above a good support level and EMA 55 (red) is holding level on a daily chart. EMA 100 (yellow) is acting as a local resistance and if Bitcoin spends another day ranging between $22,000 and $23,000, this resistance is likely to break. However, to enter the actual bullish alt season, we need to reach the top black line of 15% shown on the chart – and it will take time to get there.

The good thing is this is the best time to buy while every altcoin is 60% to 75% down. Crypto is allowing us to bag as much as we can before it shoots to the moon in a few months.