XRP price gains are huge. Is this the Whale Effect?

The native asset of Ripple, XRP, has emerged among the top gainers over the last seven days. The whales' activity in the ecosystem is on the rise. Daily XRP price gains are huge. Is this the whale effect? 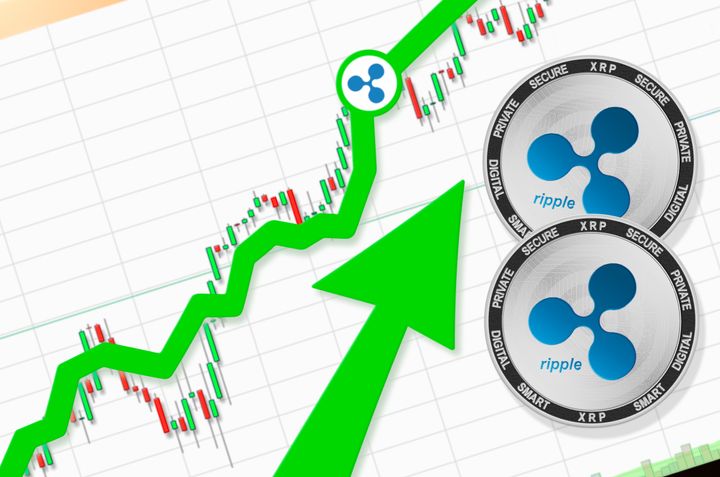 The Ripple ecosystem has been the target of an ongoing lawsuit by the United States SEC. The case is in progress and the fate of the network will be decided by this decision. The crypto bearish cycle has hit the market hard; however, the price gains of Ripple’s native coin over the last few days have been huge.   We will explore whether these price gains are the result of whales’ activity or not. We will further delve into the technical side to predict where the price might be going in the next couple of days.

Currently, XRP holds the 7th crypto market ranking based on market cap. XRP has registered gains exceeding more than 13% in a single day. According to data from whale Alert, over 451 million XRP coins have been transferred to numerous unidentified wallets over the last day. The overall cost of the deal is about $173 million. The current boom has mirrored the rise in interest in the coin on social media. The largest transaction, however, was completed on the FTX platform. A whale wallet made a single purchase of around 150 million XRP. The acquisition cost about $58.48 million.

Data from CoinMarketCap shows the asset has added more than 40% to its 24 hours trading volume bringing the price to the $0.40 level. The trading volume of XRP has reached a peak of $3.89 billion. The gains in the overall market cap of the asset are also worth noting, with gains exceeding 10%.

The whales in the crypto ecosystem are stocking assets like XRP during this big crypto slide. However, the asset is still down by almost 90% from its ATH. 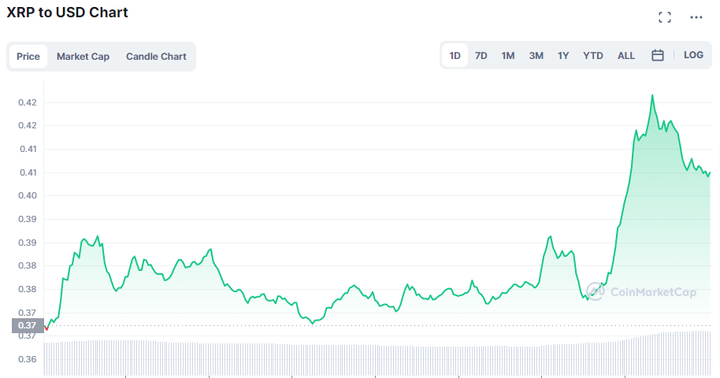 Let’s take a quick look at the lawsuit between Ripple and the SEC.

Will Ripple Win the Lawsuit by the SEC?

In the lawsuit, the SEC and the accused Ripple recently filed a petition for summary judgment. According to experts, Ripple will benefit from these documents in the important dispute.

According to Coingape, John Deaton, an Amicus Curiae in the matter, draws attention to significant flaws in the SEC's argument. He stated that there will be no expert testimony used by the commission. However, there is no professional opinion that tries to demonstrate the relationship of XRP's price  to Ripple's work.

Let’s explore the technical side to unravel the next path of crypto.

Weekends can occasionally see an increase in volatility because there may be less liquidity then. Less active trading could result in order books that are too thin to accommodate large buy or sell orders. On September 18, the price soared to $0.398 before veering to the downside. Prior to some recovery on September 19 and a return to $0.39, the ensuing slide had reached a low of $0.34.

These movements took place at $0.369, the midpoint of the range. Since June, this price range of $0.426 to $0.312 has remained in effect for XRP. On longer timescales, the mid-range has been a crucial level.

The H1 market structure changed from being bearish to being bullish on the hourly period with a move over $0.3655. The daily time frame has likewise shown a bullish tendency over the last two weeks, notwithstanding the current volatility.

What’s the Rationale Behind It?

The Relative Strength Index (RSI), which displays bullish momentum, remained above neutral 50. In the last few hours of trade, it has also risen from just above the 50 level. Over the preceding three days, the On-Balance Volume (OBV) produced higher lows and was in an uptrend.

On September 19, the Chaikin Money Flow (CMF) fell below -0.05, indicating significant capital outflow from the market. The indicator shows that this has changed as XRP has risen from the $0.34 lows. It was once again above +0.05, indicating that XRP was being bought.

If the support zone is tested again, XRP may respond bullishly, aiming for recent highs and range highs. A decline back below the midpoint would invalidate the theory. Buy orders in the support zone can therefore put their stop losses below $0.365. The shorter-term indicators were biased and bullish. A local resistance of $19.6k was being tested by Bitcoin, and a break might also drive XRP lower.